Is It Time To Break Out the “C” Word? 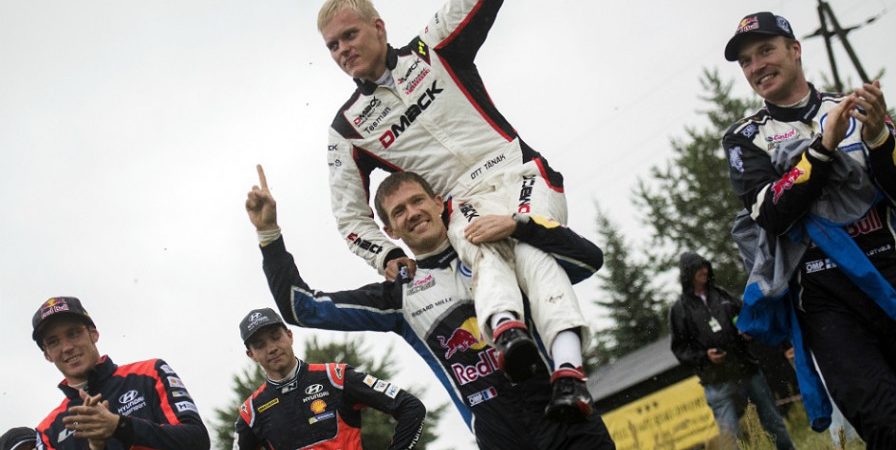 The word “classic” gets thrown around a lot when it comes to rallying. At times, it is used appropriately when we reminisce fondly about classic cars, classic stages, and classic rallies of days gone by. Other times, the word falls a bit flat when over-used by media and event promoters to conjure up an artificial sense of drama. While watching this year’s Rally Poland, I began to wonder: what ingredients must be present for a season to truly be considered a “classic”, and based on these criteria, how does 2016 stack up so far?

Parity:
One ingredient that must be present in order for a season to be considered a classic is parity between the competition. I haven’t been watching rallying for that long… only since the new millennium began. However, in the last 16 years, I can only recall two instances where we’ve seen the competition as close as it’s been this year. The first was in 2001 where there were no less than 4 drivers who could take the championship in the final round. In the end, it was Richard Burns’ consistency that prevailed while his main rival, Colin McRae, went cartwheeling into the Welsh countryside. The second was in 2003 when the young guns: Markko Martin, Petter Solberg and Sebastien Loeb went toe to toe with the establishment: Tommi Makinen, Marcus Gronholm, Carlos Sainz, Richard Burns, and Colin McRae. Even though Citroen’s team orders cheated us out of a final round showdown between Solberg and Loeb, this season still stands out in my mind where almost all of the top drivers had a shot to win the championship. Now, I know that there is a temptation to put an asterisk on this season when it comes to parity due to the road order controversy. However, I encourage you to put this aside for a moment. Don’t let all the drama prevent you from enjoying what has been some extremely close rallying so far this year. We’ve seen first time winners, both of stages and rallies. We’ve also seen all 4 manufacturers with 3 of them (almost 4) bagging victories. It may have taken a few years, but the 1.6 litre formula is finally producing the closeness of competition that was promised 6 years ago. 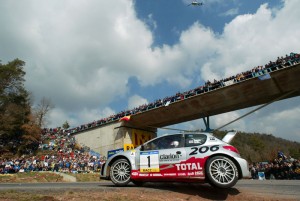 Iconic Moments:
There are certain images from the WRC that we just don’t forget. Each of us has our own catalog of dramatic, funny, and outrageous moments that are burned into our memory. Off the top of my head, I think of moments like Gilles Panizzi spinning a doughnut under the highway overpass in Spain, Richard Burns struggling to dig his car out of a sand pit in Kenya, and Michael Park singing at Markko Martin and asking him about the football scores in Greece. This season has gifted us with moments like this as well. Whether it’s Henning Solberg’s entertaining sound bytes at stage end interviews, Hayden Paddon’s realization that he had won his first rally, or Ott Tanak running into a forest fire to rescue his stranded Fiesta, we have plenty of moments from 2016 that will stay with us for years to come. This past weekend, we have a new moment to remember… the heartwarming scenes of Sebastien Ogier lifting up a despondent Ott Tanak at the end of the power stage. The 2016 season has given us plenty of memorable images, and the best part is that we’re only halfway through! 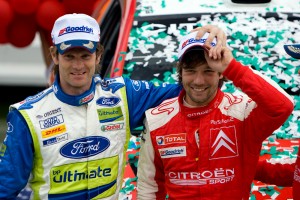 A Duel:
This is the one aspect where 2016 hasn’t quite delivered… yet. Thinking back through the years, most of the classic seasons had a focal point: a battle between two titans that went down to the bitter end. Most of the time it was (fill in the blank) vs. Loeb. However, no matter who it was: Solberg, Gronholm, or Hirvonen, there was always a head to head duel that was the leading story-line throughout the season. We haven’t really seen that so far this year. Who is Sebastien Ogier’s main competition? So far we’ve seen a lot of different drivers show pace, but none with the consistency to give Ogier much trouble. Let’s keep an eye on this as the season progresses to see if a protagonist (or antagonist depending on how you view things) emerges.

So, what do you think? at the halfway point, where does 2016 stack up? At the beginning of the year, I feared a damp squib season that would be dominated by Sebastien Ogier while we waited for the new cars in 2017. In my opinion, 2016 has turned out much better than I expected, but still has some work left to be considered a true classic. Someone needs to step up as a true rival to Sebastien Ogier in the second half of this season to provide us with a focal point moving forward. If this happens, yes, we might very well be witnessing a classic season.