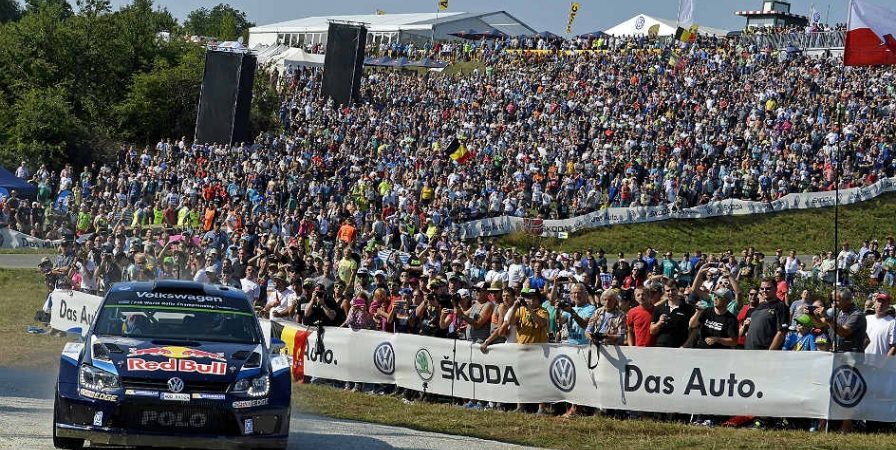 OK, if you read my piece from yesterday, I gave the WRC Promoter some flack for choosing to focus on a manufactured controversy rather than the real and organic drama of ADAC Rally Deutschland. It may sound a bit harsh, but I’m going to call them out again today for missing a fantastic opportunity to show the WRC in the very best light. As one of our readers commented yesterday, there is only one live stage being streamed online this weekend. I’m sorry, but that is unacceptable. It is 2016 for crying out loud, and with all the technology available in this day and age, there is no excuse for this lack of live coverage. Think about the resources available to TV crews today such as digital HD video and aerial drones that just didn’t exist even a few years ago. I am under no illusion that televising a live rally stage is easy, but it certainly is much more possible than it was, say, 10 years ago.

With this in mind, I want to call attention to the Arena Plazerplatte stage that was run three times today as SS8, SS9, and SS13. I have no idea why the WRC Promoter passed on the chance to televise this stage live on WRC+. This stage had all the elements that would have made a great TV product. First of all, it was short at just under 3km, so most of the stage could have been covered by stage-side cameras. Secondly, much of the stage featured wide open stretches with few trees. This had a few potential benefits to live TV coverage. The flat and open topography would have allowed the drones to fly freely to produce some absolutely fantastic footage. In addition, the lack of trees would have allowed a live signal to be transmitted from the stage without much interference. Another great thing about Arena Panzerplatte is that even though it is a short “spectator stage”, it still features the tight junctions, flat out straights, and fearsome hinkelsteins of it’s big brother, Panzerplatte Lang in a TV-friendly package. On top of all that, this stage was run three times with cars running through at short intervals, so there was a chance to spotlight the crews running further down in the order who don’t always make it into the highlights shows. With all of this considered in terms of logistics, Arena Panzerplatte was made for TV. 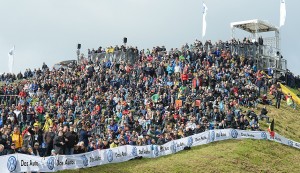 As if this wasn’t enough, however, there is an even bigger reason that the WRC Promoter missed a huge opportunity by choosing not to televise the Arena Panzerplatte stage. Take a look at the title photo for this piece and you will understand. This venue is one of the most highly attended stages in the championship. The rally organizers do a great job of creating a festival atmosphere with huge TV screens, live music, food, and of course lots of German beer. The attendance this year was so large that the WRC radio and TV stage end reporters had to wait up to 45 minutes, to reach their locations. This stage would have shown the WRC in the best possible light with throngs of excited spectators (in safe locations) enjoying the rally. From a promotional standpoint, it was a goldmine, and yet, we didn’t get to see any of it on live TV. For a sport that is trying to build its exposure and sell its product to spectators, sponsors, and manufacturers, the scenes from Arena Panzerplatte were exactly what needed to be put out there for the world to see. It’s scenes like these that would make someone think, “Maybe I’ll go to that next year; it looks pretty cool!” Unfortunately, other than a few clips on the 26 minute highlight show, those of us who weren’t in Germany this weekend didn’t get to share in that experience, and that’s a real shame