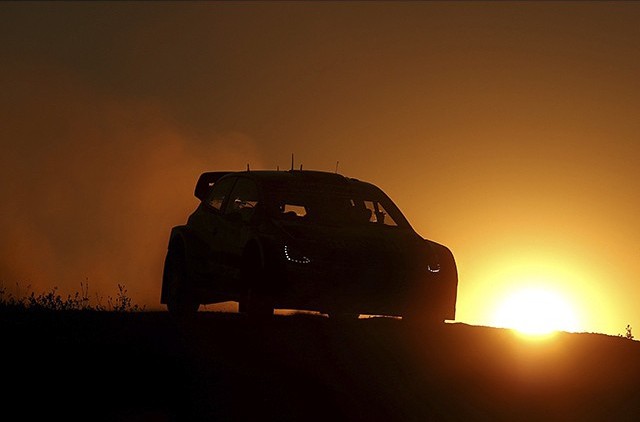 It’s been awhile… over a month since we last enjoyed World Championship rallying. No, it’s not the longest break that we have had to endure this season, but with Rally China’s demise, we’ve have plenty of time to build up our anticipation for Rally Corsica. Despite this, however, after watching the power stage from Corsica, I couldn’t help but feel a bit of anti-climax. Did you feel it too?

What is the reason? One possibility is the fact that the championship is now basically tied up for Sebastien Ogier. There is not much standing now between him and his 4th WRC title. Perhaps it was also due to Kris Meeke’s puncture on Friday that took most of the fight out of the rally by the end of the first leg. Or it could be the format of the Tour de Corse. With only two long stages being run twice each day, there weren’t nearly as many splits to keep an eye on throughout the day. While all of this is true, I am beginning to think that all of us, teams, crews, TV announcers, and fans are ready to be done with 2016.

Let’s be honest, 2016 may not have been a complete “lame duck” season, but it hasn’t been brilliant either. The year got off to a rocky start with Rally Sweden almost being cancelled due to lack of snow. Then there was the long stretch of gravel rallies in the spring and early summer that brought us a variety of winners, but also an annoying barrage of headlines detailing the road position drama. Things didn’t get better in the summer. First, the contractual disagreement between Wales Rally GB and Natural Resources Wales left us wondering if we would lose one of the classic rallies from the championship. Then, as the debut of Rally China grew closer, the rumblings of cancellation began to grow, culminating with flooding that sealed the event’s fate (or so they say). When all of this is considered, the WRC has had to endure a lot this season.

So here we are with 3 rallies left, and while I will still watch them with some curiosity, I think that I will spend most of the next few months looking forward to next year. A few months ago, I wondered if 2016 could develop into something special… sadly, I think it’s safe to say that hasn’t and won’t happen. Fortunately, there is plenty to look forward to. With a new team, new cars, new drivers, and a likely calendar shake up, things are looking pretty good for 2017. So with that in mind, what are your thoughts about the rest of 2016? Will you just be counting time to 2017 as well?