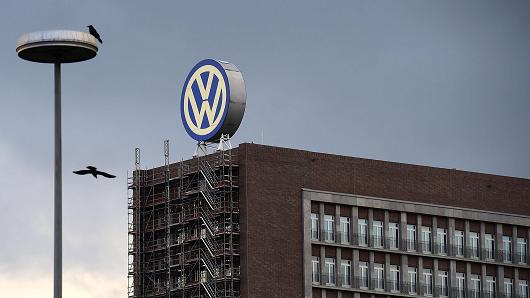 Right when it seemed that the 2017 WRC “silly season” of contract talks, driver movement, and manufacturer press releases was coming to a close and things looked relatively stable, the last 24 hours have rocked not only the WRC, but the motorsport community as a whole. After a meeting today in Wolfsburg, VW made the decision to pull the plug on their WRC program at the end of the 2016 season.

There is no denying it, this is a shocker. Wasn’t it just two days ago that we watched Sebastien Ogier and Julien Ingrassia climb atop the roof of their victorious VW Polo at the end of Wales Rally GB? With that image still lingering in our minds, today’s news feels absolutely surreal. When VW came into the WRC in 2013, they basically re-wrote the book on how to achieve success at the top level of rallying. Just like their sister company Audi did in sports cars, VW brought a level of professionalism to the WRC that had never before been seen. In just 4 years, they managed to make the seemingly endless domination of Citroen and Sebastien Loeb a distant memory. With the best rally driver in the world behind the wheel of their car, VW seemed to be well on the way to rewriting the WRC history books just as Citroen had before them. Honestly, who was going to stop them? They jumped into the championship so far ahead of the other teams that it has taken 4 years and the controversial road order rule just for the other teams to get a sniff at victory. There is no other way to put it; VW has been untouchable. It is this reality that makes today’s news even harder to stomach. Yes, we all knew about the diesel emissions scandal and in the back of our minds, we probably all had some small fears that this could happen, but with VW dominating the WRC, it seemed unlikely. Well, as unlikely as it may have seemed, here we are… now what? I don’t have many answers, but let’s explore that question for the major players involved.

VW:
As fans, it’s easy to get indignant and assume a victim mentality when a manufacturer bails out of a championship. Even though it’s completely irrational, it’s tempting to take this news as a personal slight and if you read message boards across the internet, you will will have seen plenty of that today. In the midst of all of this angst, us enthusiasts all too often forget about the people who are really affected by such a decision, the team’s employees. I’m not talking about Ogier, Mikkelsen, or Latvala here… no… I’m talking about the people who lovingly put those VW Polo’s together in the factory and the people who put them BACK together in the service park. What’s going to happen to these people? Well, the good news is that even though they won’t have a job in a WRC team anymore, VW has stated that they still will have a job within the company. That’s the best news to come out of this, and amid all of the indignation and disapproval that is being spewed out on the internet right now, this is the most important thing to remember. As bad as this seems to us, at least no one’s livelihoods are being put in jeopardy.

The Drivers:
Colin Clark put up another one of his nice kitchen chats to address this issue. I’m not going to bother repeating everything that he said, but in short, he sees Sebastien Ogier going to either Ford or Citroen, Jari-Matti Latvala going to Toyota, and Andreas Mikkelsen left out in the dark. Before I go any further, let me just state the obvious that Colin is infinitely more knowledgeable about the WRC than myself. However, I’m going to throw my two cents out there just to make things interesting. As for Sebastien Ogier, I think that Colin is spot on, but if I were a betting man, I’d pick him to go to M-Sport before Citroen. Citroen already saw what happened when Ogier and Loeb butted heads as teammates in 2010, and I don’t think that they want to go through this again with Loeb and Meeke… two guys who respect each other, but clearly don’t like each other. Do you remember the war of words in Sardinia last year? What about Jari-Matti Latvala then? Well, as much as it pains me to say this, I think that Jari-Matti’s stock has plummeted this season. Even when he benefited from a lower road position on the gravel rallies, he’s only managed one victory this season way back in Mexico. I hate to say it, but with the promising crop of young drivers coming up through the ranks, Jari-Matti’s days may be numbered. It is for that reason that I see Mikkelsen going to Toyota. He is a driver who has proved his speed but also has plenty of upside at only 27 years old. Due to his young age, he has enough time to develop the Toyota Yaris into a winning car and still have years left to make a run at the championship. Jari-Matti isn’t that much older than Andreas (4 years) but he just seems to be headed in the opposite direction and that won’t be appealing to Toyota.

The 2017 Polo WRC:
This is one of the aspects of VW’s withdraw that seems the hardest to believe. It seems like an incredible waste to scrap a perfectly good rally car that was testing as recently as one week ago. Obviously from the outside, we don’t know how far along this car really was, but it is common knowledge that VW had been testing their 2017 car far longer than any other manufacturer. However, according to VW, there is “no plan” to run the new cars in the championship next year, even in privateer teams. As Colin Clark noted in his video, this isn’t a straight “no”, but it doesn’t seem very promising either. So where will the 2017 Polo WRC go? The scrapyard? A deep dark corner of the VW factory in Wolfsburg? Sebastien Ogier’s private garage? Your guess is as good as mine!

The WRC:
Let’s be realistic, is this news going to bring the WRC crumbling down? No, not at all. It wasn’t so long ago that Citroen and Ford were the only factory teams in the championship. Manufacturers have come and gone and the WRC has always found a way to get by. However, “finding a way to get by” is no way to run a world championship and that is what I want to address here. When VW leave, there is going to be a huge promotional void that will need to be filled. What I fear is that with VW’s aggressive social media campaign over the last few years, the WRC got a little lazy and counted on VW to do most of the heavy lifting when it came to promoting the championship. Just take a look at the way VW and the WRC chose to preview Wales Rally GB and you’ll see what I mean.

Yes, the VW clip is silly and short, but let’s be honest, it has a creativity that has long been missing from media coming out of the WRC. Sure the WRC’s video has some interesting bits with the drivers talking about their favorite Rally GB memories, but it feels so formulaic. It begins with the same graphics, music, and splash screen that every other WRC video does and doesn’t really bring anything new to the table. If the WRC is going to build it’s audience into the future, it is going to have to take a page out of VW’s book and put some creative thought into how to promote their product. With VW gone, now is the time for the WRC to prove that it has what it takes to expand the presence of the championship in both traditional and social media.

So, as sad as it is, we will get to see VW one last time in Australia and then it will be time to turn the page. In the meantime, I’ll leave you with a reminder of how VW came into the WRC, bold, purposeful, and full of promise. Thank you VW for what you have done for rallying and we hope to see you again someday. Until then… Auf Wiedersehen!