It’s That Time of Year

It always seems to sneak up on me every year. Maybe it’s due to the lingering food coma and hangover from the holiday celebrations, or perhaps it’s that I consider this time of year the “off season” where I don’t need to keep track of motorsport. Whatever the reason, I always forget about the Dakar Rally until it is January 2nd of the new year and the event is us upon us.

Now, I’m not a Rally Raid fan by any stretch of the imagination. I can’t even name another rally in the series other than the Dakar… OK… maybe the Silk Way Rally, but that’s it. However, even though I don’t avidly follow cross country rallying, there is something about the Dakar that captures my imagination. In many ways it is reverting back to what rallying used to be in the “early days”. Just like the marathon rallies of the late 50’s and early 60’s, the majority of the Dakar features unforgiving transit stages across desolate terrain interspersed with a just a few timed sections. Most of the rally is spent just trying to survive the elements to make it on schedule to the start of the daily special stage or the Bivouac (service park) at the end of a long, grueling day. The Dakar is one of the few rallies left where navigational skills, problem solving, and coping with adversity carry more importance than outright speed over a special stage. It is a “throwback” to an era long before my time, and even though I wasn’t around during those early “glory years” of rallying, the Dakar helps me imagine what they might have been like. 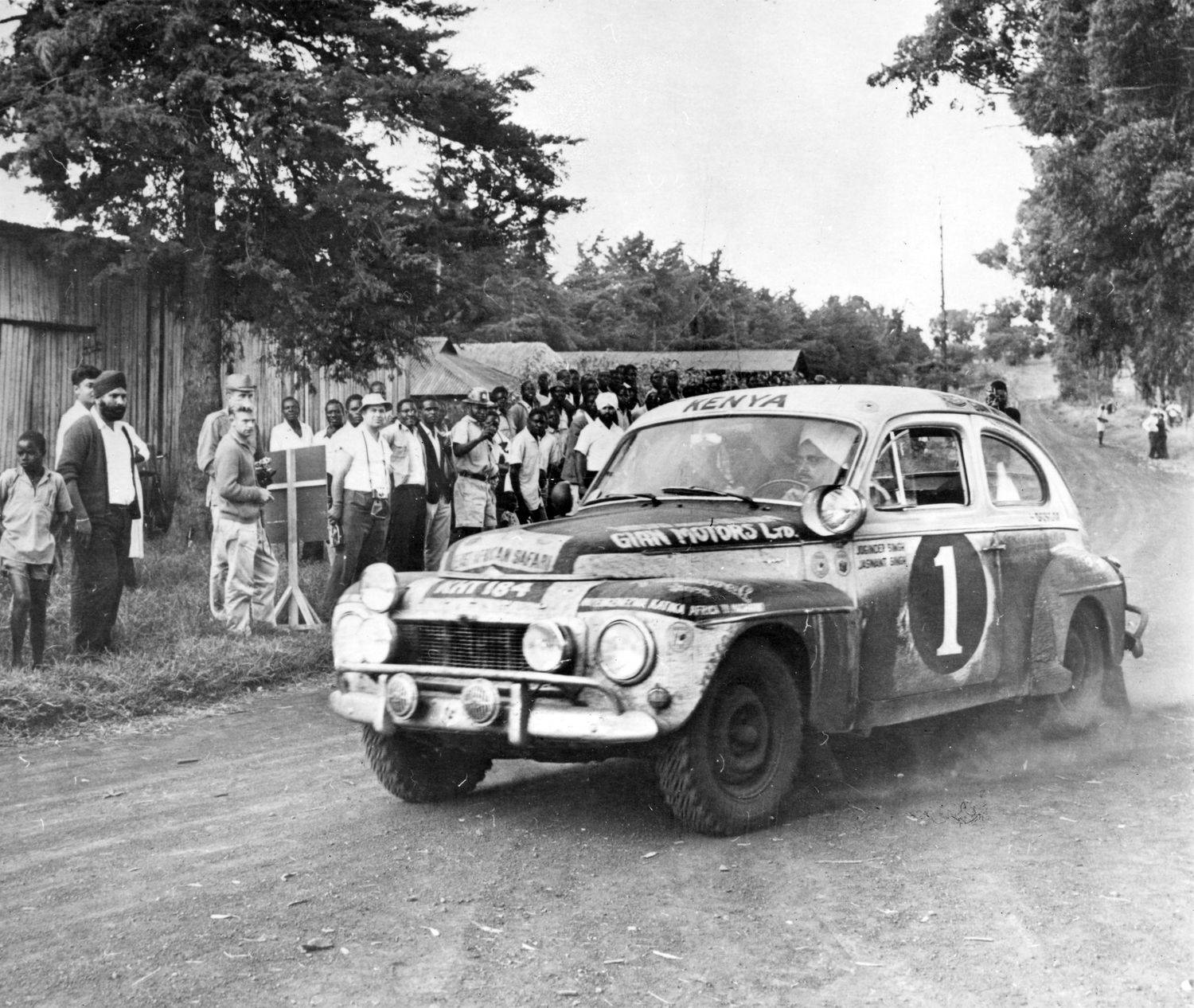 Joginder Singh, his brother Jaswant and their Volvo PV 544 claiming first place at the East African Safari Rally in 1965.

Personally, watching this year’s Dakar also delivers a bit of nostalgia. It brought a huge smile to my face yesterday when I saw Sebastien Loeb, Carlos Sainz, and Mikko Hirvonen being interviewed at the end of the first stage. These were the “old guys” who I watched when I fell in love with the sport, and to see them back in a rally car again brings me a heartwarming feeling. In many ways, the Dakar is to the WRC what The 24 Hours of Le Mans is to Formula 1. Yes, F1 and the WRC may be considered to be the “pinnacle” of their respective forms of motorsport, but Le Mans and the Dakar carry a certain allure that is irresistible to many drivers once they’ve “retired” from their full time racing jobs. Both Dakar and Le Mans carry a weight to them… a sense of adventure… the experience of taking part in something epic. F1 may have the Monaco GP, and the WRC has Rallye Monte Carlo, but in many ways, the challenge of epic events like Le Mans and the Dakar transcend even the “crown jewels” of various world championships. 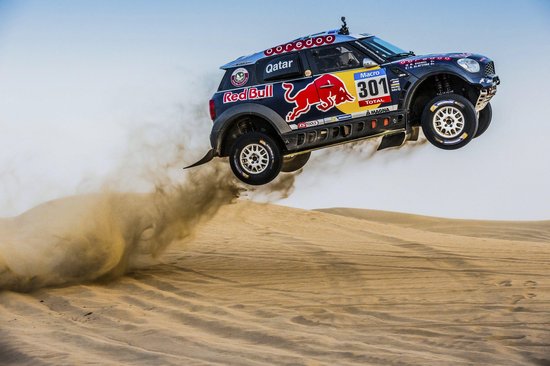 As if this wasn’t enough to generate interest in the Dakar this year, as WRC fans, we have another reason to be following this event. Red Bull TV, the same people who will be producing live broadcasts of the WRC in 2017, are putting together “Dakar Daily” online TV shows as the rally progresses. While there will be some differences, I think that these shows will be a good indication of what the WRC coverage might look like. So far, for the most part, I’ve been impressed. The shows take on a bit more of an informal feel instead of a traditional, regimented highlights show. They feature very high production quality, cool graphics and music, and a conversational style. For me, this is a welcome change from the formulaic and predictable format of the WRC highlight packages. I will warn you that the Red Bull TV shows can be a bit “X-gamey”. What I mean by this is that they sometimes have a feel of: “Hey dude, you need to check out this DOPE rally called the Dakar… it’s SO INTENSE!” However, even though this can be a bit difficult to stomach, it still brings me more entertainment than counting how many times Jon Desborough utters the word “Dungannon” during Kris Meeke’s run through a WRC Power Stage. At the end of the day, if Red Bull TV brings the same production quality to the WRC that they have to the Dakar, I’m willing to overlook the occasional sensationalized style of the broadcasts.

So happy 2017! There are plenty of reason to follow the Dakar this year. At the very least, it is going to be a nice diversion to help us manage our anticipation for the start of the WRC season in a few weeks’ time. If you have a sec, drop me a line below and let me know what you think of the Red Bull TV coverage. Will this be a refreshing change for the WRC, or is it a bit too much over the top?