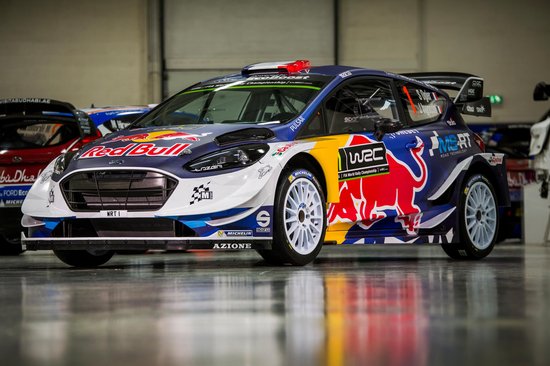 Rallye Monte Carlo is almost upon us, so it’s time to put out a few bold predictions for what 2017 will hold. Keep in mind that just because I’m predicting these things does not mean that I’m cheering for them to happen. I’d love to see things like M-Sport dominating and Jari-Matti Latvala resurrecting his WRC career, but this is what I honestly think will happen in 2017 instead of what I hope will happen. 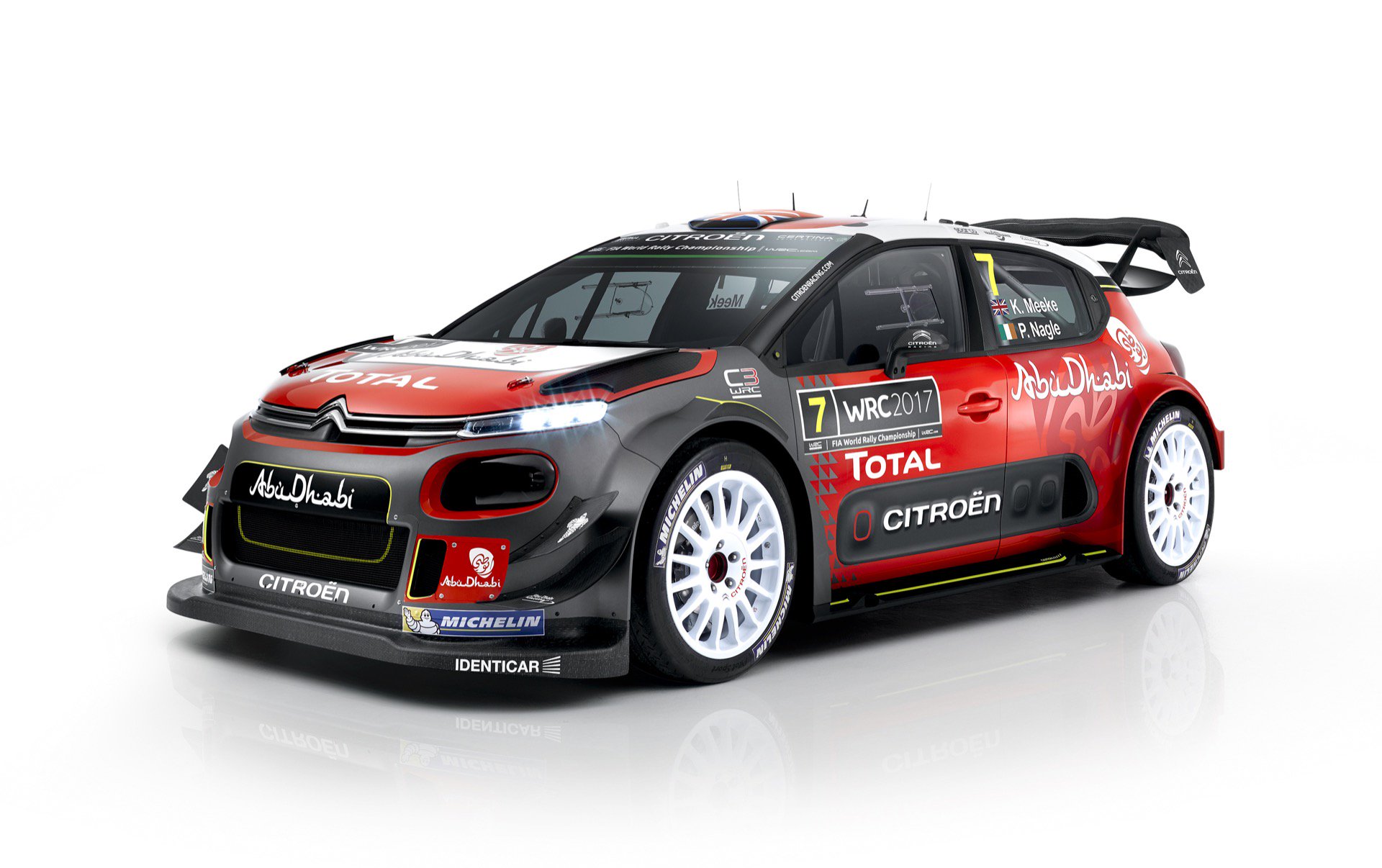 We’ve seen it before, and we’ll see it again in 2017. Since they began their involvement in the WRC, Citroen has employed the strategy of  running a limited season while developing their car, and then making a full assault on the WRC. When they first entered the sport, they used this strategy in 2001 and 2002 to develop the Xsara before dominating the championship with it in 2003-2005. Again, in 2006, Citroen pulled out to work on fine-tuning the C4, and it again went on to win 3 constructor championships from 2008-2010. Yes, Sebastien Loeb certainly had a lot to do with this success, but there is no doubt in my mind that Citroen’s prior success with this strategy was a strong driving factor in their decision to run a limited program in 2016. 2017 is going to be great for them. Kris Meeke is at the top of his game, and Craig Breen has proven that he can be a consistent, reliable points-scoring finisher. The only question about Breen is whether he will push harder than in 2016 and make more mistakes. He’s already proven he can score points… is he going to take too many risks to push for more? For me, Stephane Lefevbre is the big question mark. There is no doubt that he was overshadowed by Breen in 2016, but because of his crash in Germany, we didn’t get to see him develop his skills and confidence over a full season. If anything, 2017 will be what 2016 was supposed to be for Lefevbre, a season to get acclimated with the car while gradually increasing his pace. He may still have what it takes to stay in the WRC, he just hasn’t had a chance to show us yet.

2: Ogier will help M-Sport, but not enough. 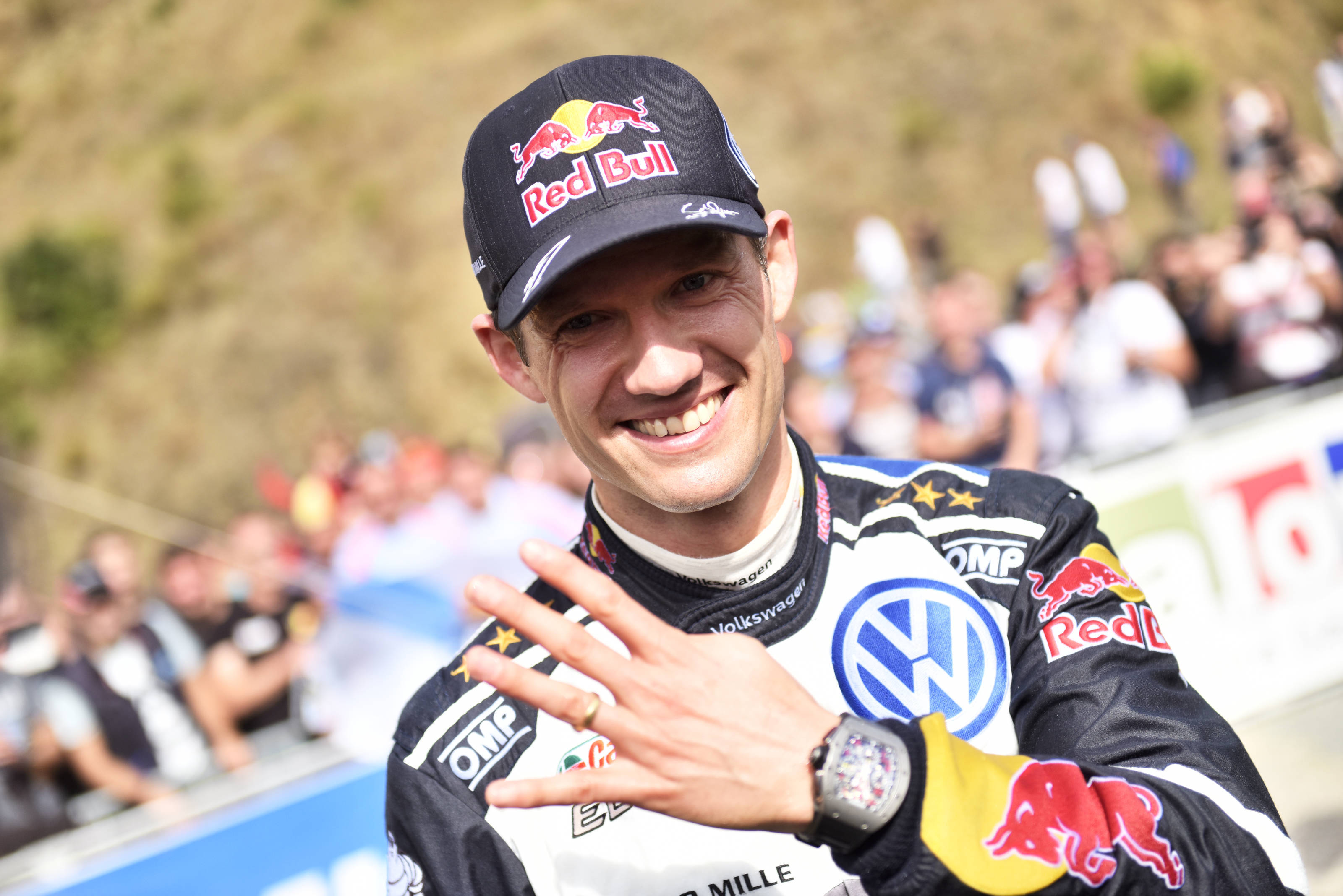 I hate to put a damper on the excitement surrounding the M-Sport and Sebastien Ogier combination, but things might be tougher than we expect for them. We all assume that Ogier is the best driver out there, but we have never seen him compete in anything other than the best car. While the 2017 M-Sport Fiesta certainly looks the part, it has not benefited from the extended development time that Citroen, Toyota, and Hyundai have. Of all the testing footage that we saw last year, M-Sport definitely had the least amount. In addition, of all the drivers, Sebastien Ogier has the least amount of seat time in his car. Don’t get me wrong, I’m sure that the Fiesta will be plenty fast in Ogier’s hands, but reliability issues might crop up that will hamper his progress. As much as I love M-Sport, they don’t have nearly the same resources as the full-fledged factory teams to rectify issues when they arise, and this might cause 2017 to be a challenging season for them.

3: Andreas Mikkelsen will be in the WRC before Australia, and it will be in someone else’s car. 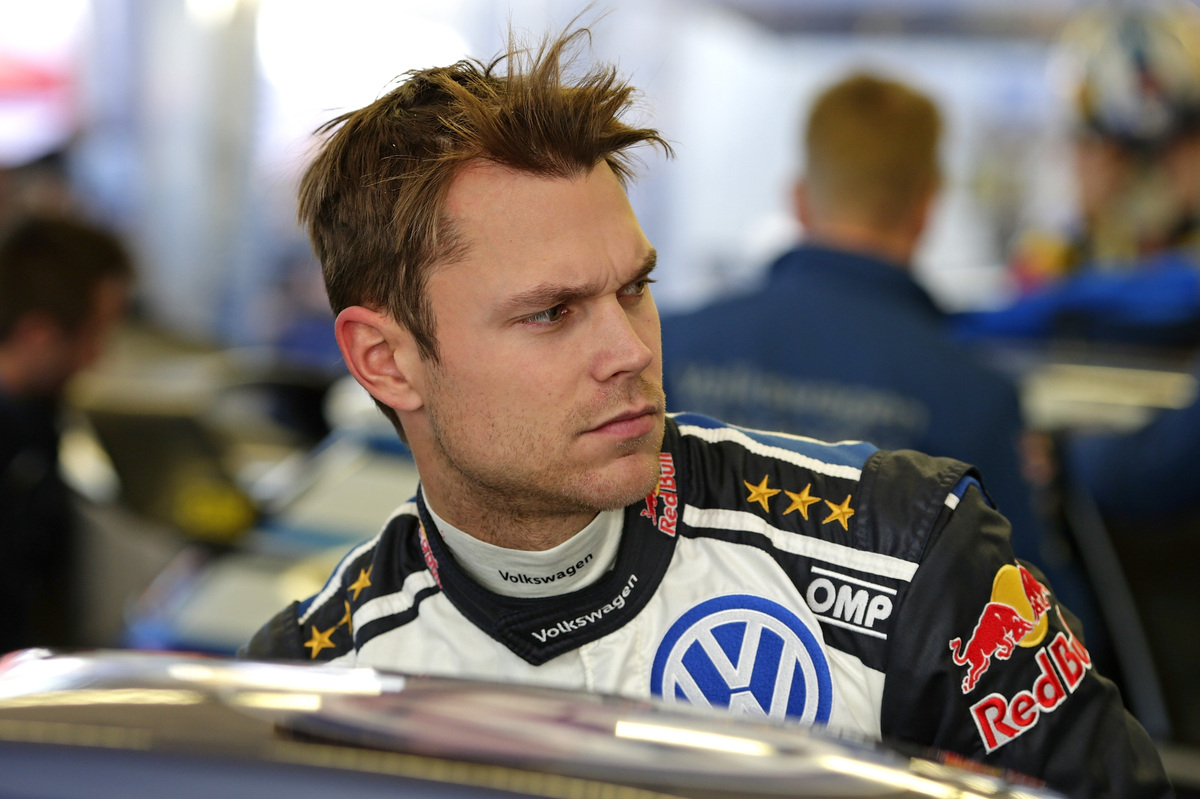 I know that things don’t look ideal for Andreas Mikkelsen at the moment. He was the one left without a seat when the music stopped. However, in a way, he could be in a really advantageous position. While everyone else is trying to figure out the new 2017 cars in the heat of competition, Andreas can hang back in an R5 car and watch the carnage unfold. There is no doubt that at least one WRC driver is going to get it very badly wrong in the beginning of 2017, and this might allow Andreas an opportunity to jump into a 2017 factory car once some of the reliability niggles have been sorted out. The big question for Andreas is how much ground he will lose to the other drivers by missing the first few rounds of the WRC. Will he be having to spend most of the season playing catch-up once he gets into a 2017 car? I actually think that since Andreas learned his trade in the big active differential 2 Litre WRC cars during the mid 2000’s, there might be a good bit of knowledge that he can pull from that experience to help him with the newer, more complex, and more powerful cars. 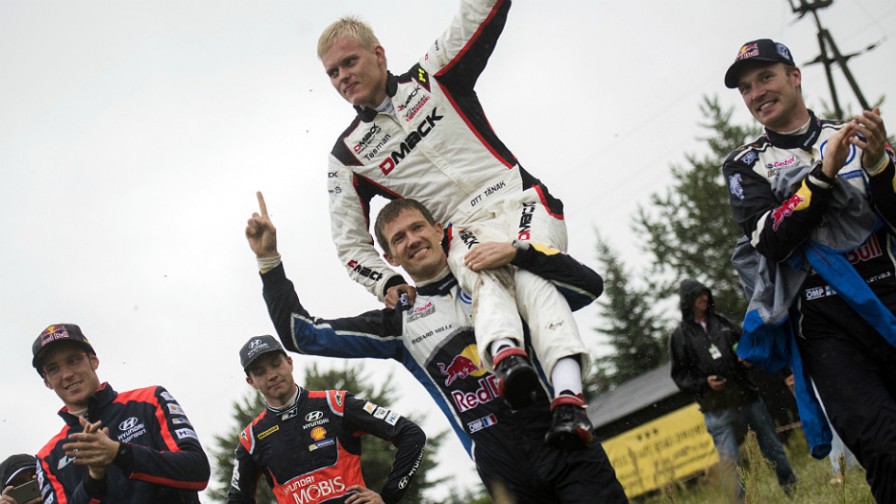 Since 2012, Ott Tanak has repeatedly bounced into and out of the M-Sport team. There is no doubt that the pace is there, but his propensity for chucking the car off the road has led to several demotions to the DMack team. In 2015, when he got called up to the big team, I thought that it would be his last shot at a factory WRC drive, and when he performed poorly, I genuinely thought he was done for good. Second chances don’t come very often at the top level of motor sport, and even less in the WRC with so few factory seats. For Ott to get a third chance is unprecedented. He clearly has done enough to renew Malcom Wilson’s faith in him, but this is the year that he needs to get it right. If he struggles in 2017, he’s not going to get another chance. I think that Ott knows that as well, and he is going to make sure that he doesn’t make the same mistakes he did in 2012 and 2015. He is at the tipping point in his career… he’s almost there, but this year, he’s going to figure it out and combine his unquestionable speed with a level head and become one of the major players in the WRC.

5. If Toyota struggle, it will sink both Latvala’s and Hanninen’s careers. 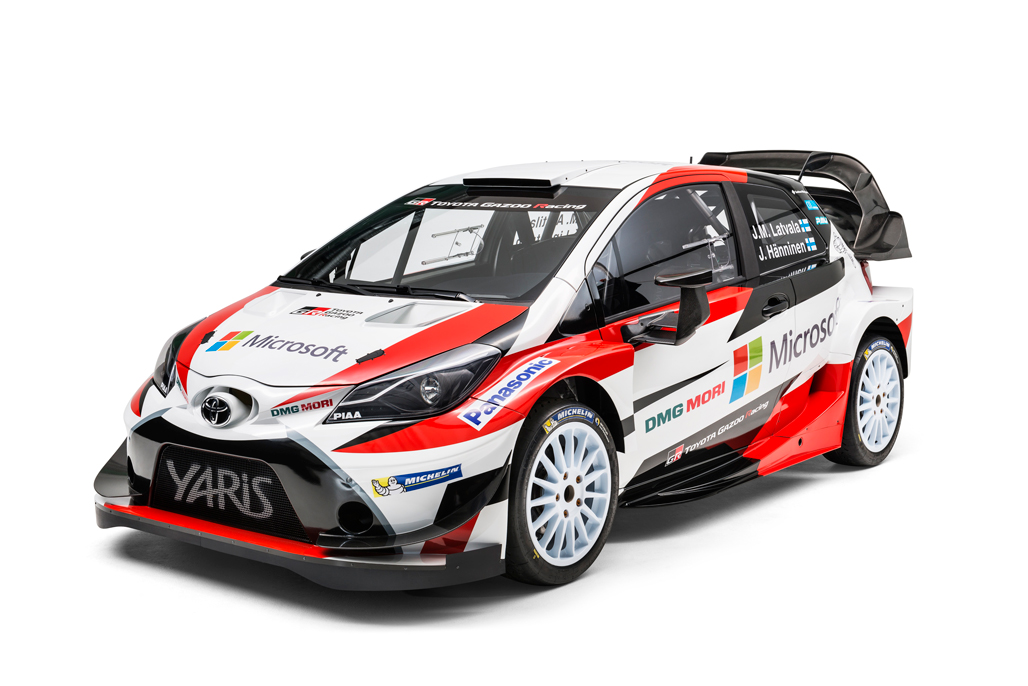 Toyota has a very interesting driver line-up for 2017. In one corner, we have a very experienced WRC driver in Jari-Matti Latvala who has lost his way over the past few seasons. On the other side, we have Juho Hanninen who was supposed to be the “next big thing” in the mid 2000’s, but never quite made it to the top. Both drivers need to have a strong season. For Jari-Matti, he needs to prove that the renewed focus that he speaks of is actually true. For Hanninen, he needs to show that he always was good enough to make it in the WRC, but just never got the chance until now. Both of them are putting the future of their WRC careers in Toyota’s hands. Which way will it go for them? Will Toyota be the next VW, or will they peter out like Suzuki and Mini did. The Suzuki debacle absolutely destroyed Toni Gardermeister’s WRC career, and grounded Per Gunner Andersson before he even had a chance to show what he could do. Likewise, the failed Mini effort almost ended Kris Meeke’s chances at a future in the WRC. If Toyota go this way, it will put the final nail in the coffin of Jari-Matti Latvala’s up and down WRC career, and Hanninen won’t make it back to the WRC again.