Have We Learned Anything? 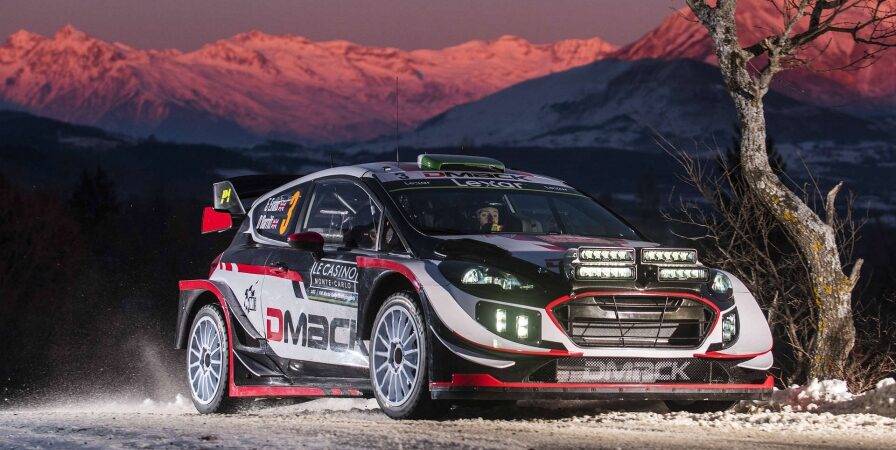 So, we have one round of the 2017 World Rally Championship in the books. At a first glance of the final results, it doesn’t look like much has changed. Sebastien Ogier went on to win his 5th Rallye Monte Carlo… what’s new, right? However, when we take a look at how things played out last weekend, it becomes clear that much has changed since the 2016 season. What have we learned from Rallye Monte Carlo, and can we take any lessons from this weekend into the rest of the season?

Lesson #1: Ogier can be beaten

For the first time in a long time, Sebastien Ogier was soundly beaten. No, the final results don’t show this, but make no mistake, by the middle of Saturday, Thierry Neuville had stamped his authority on the rally. Seb, on the other hand had an uncharacteristically sloppy rally. It all began on Friday’s first stage with a 40 second detour into a ditch on the outside of one of the slowest corners in the rally. From that point on, it seemed like Seb never could quite find the balance between caution and aggression. Ogier’s interview at the end of SS13 told it all. Before he had heard of Thierry’s troubles, Seb knew that he was beaten and that his best chances were to consolidate his efforts toward a solid 2nd place finish to begin the season. To his credit, Ogier showed great sportsmanship in acknowledging this fact and in complimenting Neuville on his outstanding performance. With all the road order drama of last season, many labeled Seb as a whinger who wasn’t very sporting. This weekend, we saw that this isn’t true. The big question moving forward is what both Ogier and Neuville will do with this information. Will knowing he was beaten push Sebastien to increase his pace? On the other hand, will the knowledge that he can beat Ogier in equal conditions give Thierry the motivation to make a serious championship run? Only time will tell.

The WRC cars of 2017 are plenty quick, but the “return to Group B” rhetoric that we’ve been hearing isn’t quite true. Yes, they have wide fenders, big wings, and a low stance, but they aren’t the fire breathing monsters of Group B. Anyone who was expecting this was probably a bit misguided. Watching the TV footage, the cars looked just as planted as they did last year. The jumps and slides were no bigger or spectacular than 2016. There was only one area where they appeared visibly faster on TV, and that was coming out of the tight corners. That extra horsepower definitely helps the 2017 cars to shoot away in spots where the 2016 cars would tend to get bogged down for just a split second. Other than that, we didn’t see much difference. We won’t really know how much quicker these cars are until we see them on a rally with a more consistent surface. The fact that the winning average speed for 2017 was almost 10 kph SLOWER than in 2016 drives this point home. Monte Carlo just throws up too many variables to accurately judge the 2017 cars.

Lesson #3 Toyota is no Suzuki

In my preview piece, I’ll admit that I was quite hesitant regarding Toyota’s hopes for 2017. I still contend that they have the weakest driver line-up of all the teams. However, this weekend, they showed that they were not going to suffer the same fate as Suzuki did in 2008. Yes, the cars did have some issues including an anxious moment on Friday morning when Jari-Matti’s car refused to start. Once these issues were ironed out, though, the Toyota’s looked like they belonged. No, they weren’t the fastest, but they were there or thereabouts on most of the stages. There is one big question that remains unanswered about Toyota from this weekend. Did the high attrition rate flatter to deceive them? Once the championship moves onto a rally with less variables, are the other teams going to leapfrog ahead of Toyota?

Lesson #4 We didn’t really learn that much

Did you notice that each of the prior lessons ended with a caveat? Even when we think we’ve learned something, it throws up more questions than answers. The fact is that we really can’t judge much based on the 2017 Rallye Monte Carlo. I didn’t even talk about Citroen. Did they just have a bad weekend due to the unique conditions of Monte Carlo, or are they actually in trouble? What about Elfyn Evans and Ott Tanak? They’ve both had brilliant performances before, only to be followed up lapses in concentration. Will they break that trend in 2017? I know that it might sound like a cop-out, but after one round, it really is too early to make any solid conclusions about 2017.