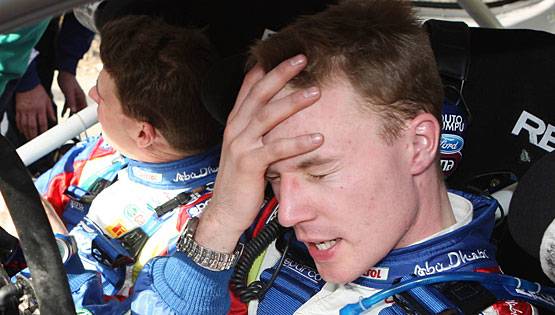 Twitter is buzzing with news of Jari-Matti Latvala premature exit from the Rallye Monte Carlo. Finn crashed out on final stage of the day and is out of the rally as Monte does not offer superally “ressurection ticket”.

According to various sources, Latvala made a mistake and overheard a pacenote read by his co-driver Miika Anttila and that led to crash which ended his hopes of starting a new season with victory in Monte Carlo.

As Francois Delecour nicely described at the and of SS4, it is “super easy to make a mistake in Monte and be charged with very heavy price”, but Latvala has payed fair share of such bills during his career and we hope he puts this one behinds him very quickly.

Meanwhile, Ford’s remaining driver Petter Solberg is doing superb job of showing discipline and care in dealing with event that lasts for 5 days!