Video: Markku Alen and Ferrari FF racing through the snow 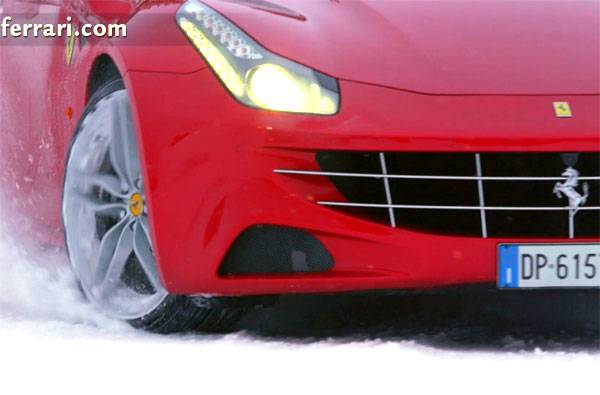 Ferrari’s new F1 car was scheduled to hit the track at Fiorano yesterday during official debut, but due to heavy snowfall Scuderia was forced to cancel the event. Maranello based outfit will shake down their new machine next week in little more friendly climate in Jerez during first sessions of winter testing.

However, Ferrari does have a pretty capable snow racer in it’s stables. This is the impression we get after watching video featuring rallying legend Markku Alen behind the wheel of Ferrari’s FF in snow covered forests of Sweden.

Ferrari’s release and video after the jump.

What happens when a former World Rally Champion gets behind the wheel of an FF for a challenge on a forest track completely covered in snow? This exceptional event was captured on camera of Ferrari.com, who followed this very special day for Markku Alen on the Arjeplog track, in Northern Sweden, about 100 km South of the Artic Circle. The track is probably the most challenging surface for Ferrari’s latest 12-cylinder which features an innovative 4RM four-wheel drive system that has fascinated the international press and clients, and was highly praised by Markku, the Finnish ice track specialist and winner of the World Rally Championship in 1978.

At temperatures between -15° and -30° Celsius on the steep inclines and challenging corners of the 14km “Forest” track, Markku Alen was able to test the FF to extremes, particularly the car’s traction on surfaces with extremely low grip. Thanks to the perfect weight distribution and the car’s mechanical set up, the FF again demonstrated its safety, stability and performance, with Markku commenting that the FF is especially enjoyable to drive, even for a former World Champion.