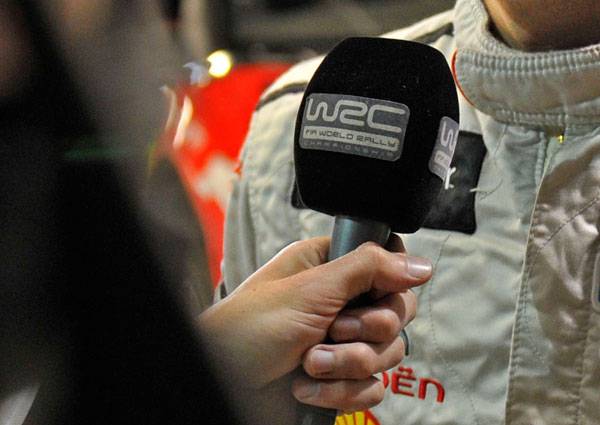 FIA’s latest press release describes the process of selecting the most complete application to take over the role of media promoter of World Rally Championship.

Document also reveals some deadlines of this selection process, and according to the Step 3 of the document, talks between FIA and selected party should conclude by the end of April.

The Fédération Internationale de l’Automobile (FIA) is the governing body for world motor sport and the federation of the world’s leading motoring organisations. It is a non-profit-making association and brings together 233 national motoring and sporting organisations from 134 countries on five continents. Its member clubs represent millions of motorists and their families.

The FIA is the sole body governing international motor sport and is recognised by its members as the sole authority having the sporting power with the right to organise international FIA championships, including the FIA World Rally Championship.

The FIA World Rally Championship is widely regarded as one of the most significant international motor sport events.

The annual Championship visits 13 countries on 3 continents and attracts the world’s biggest manufacturers.

The FIA is now calling for expressions of interest to identify candidates interested in getting involved as an agent, a promoter or an investor in the promotion of the Championship with a view to concluding a multi-year contract.

The selection process will consist of three stages:

Interested candidates are invited to register a formal expression of interest with the FIA Secretariat before 5 p.m. CET on 24 February 2012 as set out below.

Interested parties may send their formal expression of interest to the FIA Secretariat ([email protected]), together with their full contact details (see Appendix A) and a letter introducing their candidacy.

The FIA will contact the entities that have sent a formal expression of interest within the deadline stated in Stage 1 and a discussion phase with the candidates will start and will last until 23 March 2012.

The FIA will not be required to give reasons for the acceptance or refusal of any particular proposal.

The selected candidate(s) shall be informed of his/their selection no later than 30 March 2012 and will be required to sign a memorandum of understanding (MOU) with the FIA in order to go ahead with the process.

The selection by the FIA of (a) candidate(s) having signed the MOU referred to in Stage 2 shall initiate a one-month period of discussion between the FIA and the selected candidate(s) with a view to concluding a multi-year contract.

For the avoidance of doubt, the selection by the FIA of (a) candidate(s) does not impose any obligations on the FIA or entitle the selected candidate(s) to any contract.

The FIA reserves the right, at its sole discretion, to interrupt or make changes to this selection process at any time.

Nothing in this selection process or any communication made by the FIA or its representatives or employees shall constitute a contract between the FIA and any prospective candidate. The FIA shall be under no obligation to accept any expression of interest submitted. Furthermore, if, at the sole discretion of the FIA, the FIA considers that no candidate satisfies the FIA’s criteria for appointment as agent, promoter or investor of the Championship, the FIA may, inter alia, elect not to appoint any of the candidates.