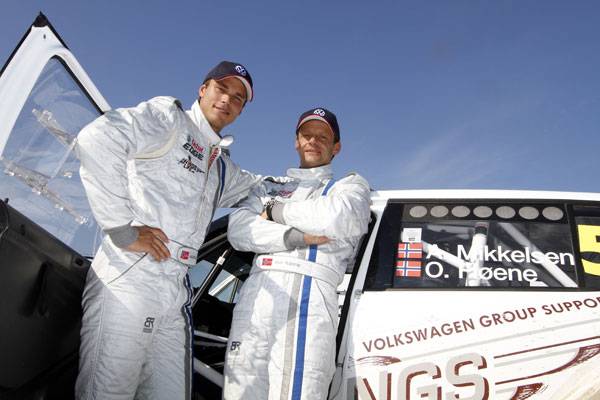 Interesting recap of first nine stages for Volkswagen drivers reveals Sebastien Ogier is more often than not getting beaten by his temporary teammate Andreas Mikkelsen.

Although Mikkelsen (22) is younger and less experienced than former Citroën WRC driver Ogier, he is used to driving Škoda Fabia S2000 and is no stranger to snow stages. It is the combination of knowing the car and the snow that helped Mikkelsen gain confidence fast and translate it into beating Ogier on five out of nine stages held so far.