Ogier and Mikkelsen on target for Volkswagen in Sweden 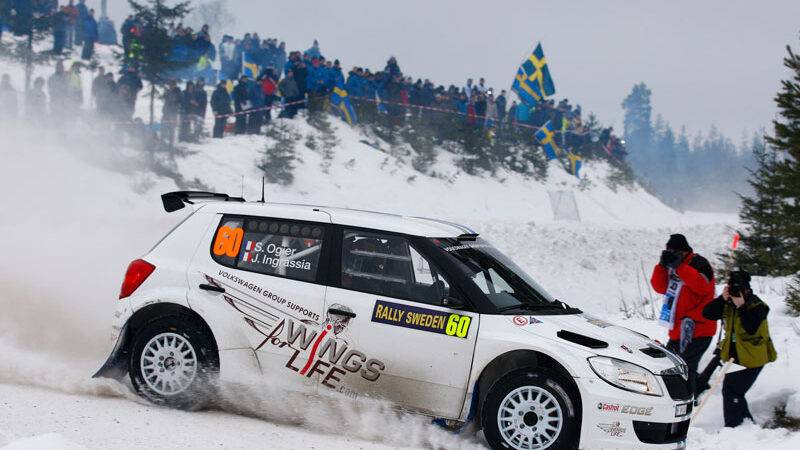 Volkswagen’s lineup for Rally Sweden looked very strong even before the start of the event and after two days of rallying in Norway and Sweden we can be happy with show provided by two very talented crews. Leading Volkswagen’s driver Sebastien Ogier was joined by Norwegian youngster Andreas Mikkelsen to compete in sweden and it seems German team made a very good choice.

After 18 special stages Ogier and Mikkelsen are separated by just 12.8 seconds. Throughout the day the pair exchanged spots on stage timesheets but it was Ogier who kept the lead between the two in overall standings. With Volkswagen aiming to keep their main driver in shape and gather as much data as possible during 2012, and due to the fact that S2000 are not as competitive on snow as they were in Monte Carlo, Ogier and Mikkelsen are not trying the impossible.

Despite that, both drivers scored some very impressive results with Ogier getting his name among top 10 finishers on three stages. In overall classification French-Norwegian combination holds 11th (Ogier) and 12th spot respectively and two Fabias are fastest (although not eligible for points) S2000 cars.