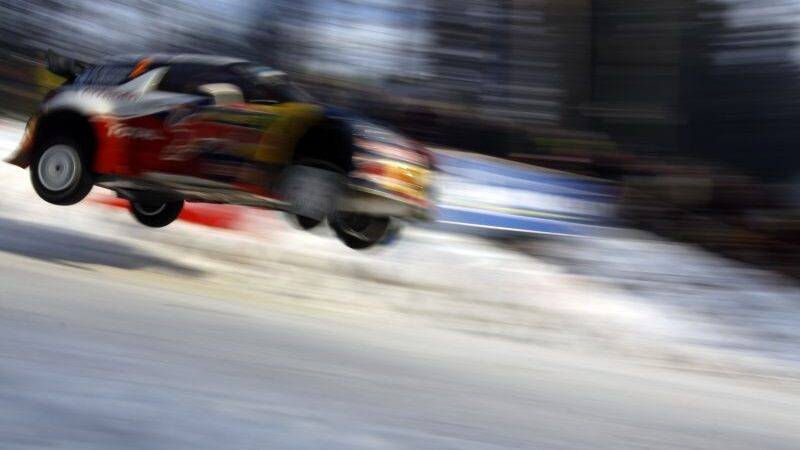 Much shorter and compact than the first two days, day three of Rally Sweden was disputed on stages not far from the service park: Lesjöfors, Rämmen and Hagfors, a stage previously used in 2010 and also the venue for the Power Stage at the end of the rally. A fine layer of fresh snow had fallen overnight and covered the roads as the drivers set off through the fir tree forests.

Lying second, 23s behind Jari-Matti Latvala, Mikko Hirvonen had few illusions early this morning about his chances of making up the ground under normal rallying conditions. During the first loop of the three stages, he lost about ten seconds to his rival: “I wasn’t comfortable on the first stage, we made some changes to the set-up but I found the car difficult to drive on the narrow sections.”

Sébastien Loeb, who wasn’t particularly looking forward to the Power Stage, pursued his somewhat lonely race in sixth: “I have rarely driven on stages as unpleasant as those here. Obviously, it’s very slippery but there are also large rocks everywhere, so it’s difficult to push hard without taking huge risks.”

More comfortable on his second runs, Mikko Hirvonen closed the gap to Latvala to 8.4s after his rival picked up a puncture on Lesjöfors 2 (SS22): “It was a very complicated stage, with a lot of gravel. I am pleased that I felt good in the car again. Jari-Matti’s puncture puts him under a little bit of pressure, but I’ll keep to my race plan. First and foremost, we have to finish the rally.”

After Latvala gave himself some breathing space on the penultimate stage, attention turned towards the Power Stage. Having looked after his Michelin X-Ice North tyres during the two long stages, Sébastien Loeb decided to push to try and get the fastest time and the three bonus points that go with it. He achieved his final goal, covering the stage over a second quicker per kilometre than second-placed Petter Solberg!

“I can’t be happy with the result, but we managed to do the main thing, which was to achieve the best possible point scoring in the circumstances,” acknowledged the eight-time World Champion. “We still lead the World Championship going into a long series of gravel rallies. Unlike Sweden, I have always done well in Mexico and I can’t wait to bounce back there.”

Runner-up Mikko Hirvonen moves up into second position in the Drivers’ World Championship standings: “I can’t be totally satisfied as I didn’t win but the result is nonetheless a positive one. We worked well with the team and my feeling in the car has improved further. Although we are going to totally change surface for the next few rallies, all of this will be useful to me in the next event.”

“Loeb and Hirvonen top the Drivers Championship and Citroën is also top of the Manufacturers’ standings: these are the key points we’ll take away from Rally Sweden,” concluded Yves Matton, Citroën Racing Team Principal. “We think the DS3 WRC more than matched its competitors in terms of out-and-out performance, but the rally just didn’t quite go our way! I am also pleased that our five cars made it to the end of the rally without any mechanical problems at all. That’s a great performance, which is down to the work put in by every member of the Citroën Racing team.”