Block “stoked” over his return to 100 Acre Wood 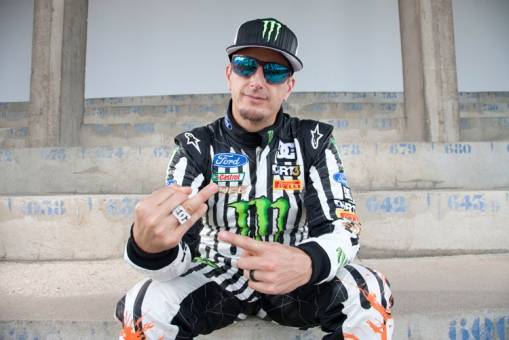 Event is held in state of Missouri and will enjoy advanced coverage by championship’s website. We could even say American championship has better media coverage than FIA’s own World Rally Championship. Block is expected to get behind the wheel of Ford Fiesta RS WRC alongside regular co-driver Alex Gelsomino, although we cannot confirm this since they’re not listed on rally’s official entry list.

Rally America is proud to announce that Ken Block, WRC driver and creator of the Gymkhana videos, and co-founder of DC Shoes, is joining the 2012 Rally America National Championship to compete in the Rally in the 100 Acre Wood. The event will be held on February 24-25 in Salem, Missouri. Fans who cannot attend in person can catch many hours of live event streaming and video recaps, as well as regularly updated stage times and results, at Rally-America.com.

“We are very excited that Ken Block will be competing in the upcoming Rally in the 100 Acre Wood,” said Bill Fogg, CEO of Rally America. “There is always a buzz around Ken, his racing skills and his personal brand. His participation is thrilling for our race organizers and Rally America fans all over North America.”

“Rally in the United States has definitely grown in popularity since I first got started back in 2005,” said Block. “It’s been great to watch that growth and I’m stoked that this year I’m finally getting back to the series I first started in by competing at Rally in the 100 Acre Wood. It’s one of my favorite rallies, so I’m stoked that it’s how I’m kicking off my 2012 season.”