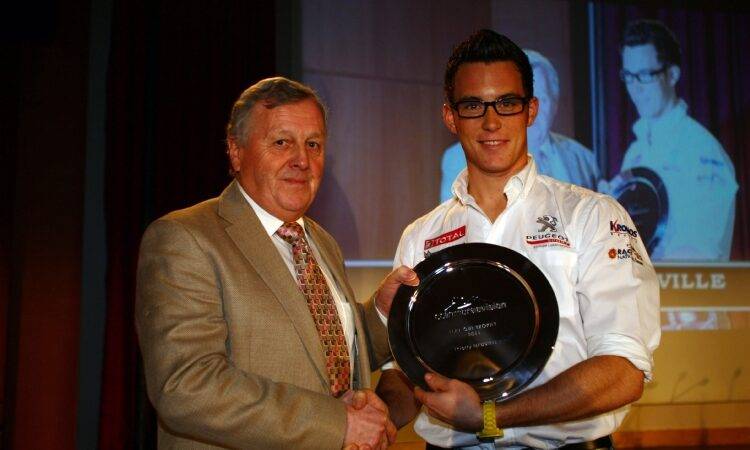 Jim McRae has spoken of his pride at the continuation of the Colin McRae IRC Flat Out Trophy for the 2012 season. The award, presented on each round of the Intercontinental Rally Challenge to the driver who best embodies the spirit of rallying legend Colin McRae, was created midway through the 2010 season as part of an association between IRC promoter Eurosport Events and the Colin McRae Vision charity.

Jim McRae, Colin’s father, forms part of the award-judging panel along with the IRC’s Jean-Pierre Nicolas and Eurosport’s Gilbert Roy. He spoke to www.ircseries.com on the eve of the 2012 season getting underway on SATA Rallye Açores.

How do you feel about the extension of the deal for Colin McRae IRC Flat Out Trophy?

“I’m very happy about it. I’m also really proud of the fact that IRC wants to carry on with the association – it’s been a great success and the young drivers have really appreciated it.”

Have you been surprised at how the young drivers have embraced it?

“You’re right, they really have. A couple of the guys told me last year that winning the award was as good as winning the rally itself. They appreciate it and, I think, they really appreciated what Colin was about and what the award is about. At the same time, it’s really good to keep Colin’s name out there. I’m still surprised at the kind of following Colin had. I was at the Motor Sport magazine Hall of Fame when Colin was inducted last week and it surprised me again how much of a following he had. He made me very proud again!”

What do you think of the IRC?

“It’s a very good championship. Of course, the WRC is very competitive, but when you go to a WRC round you know it’s going to be one of three or four drivers who is going to win. When you go to an event like Ypres or Zlín in Czech Republic, you could pick out any one of 12 drivers who could be winning. The rallies are separated by split seconds all the time. It’s very, very competitive.”

And what about the defending champion Andreas Mikkelsen? How good is he?

“Right from when I saw him in the IRC in 2010 it was clear that he was very good. He’s got the bit between his teeth now and he’s really showing how competitive he is now. I rate him very highly.”