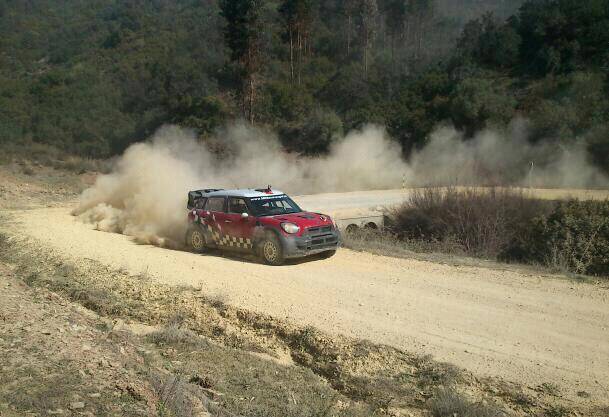 With Prodrive sadly skipping good portion of this year’s WRC calendar, Dani Sordo is busy testing and developing Mini’s WRC machine. Testing sessions are also quite good if you want to keep your racing fitness, so it’s not all bad for Spaniard.

Prodrive recently announced upgrades to Mini John Cooper Works WRC racer and it seems everything is going according to plan (for once!). Sordo just posted his thoughts on job well done on his Facebook profile. Although Sordo says upgrades were not significant, they were obviously important enough because he claims car has improved a lot.

“After two days of testing in which we could test a small development of engine and new suspension, we are happy to see that the car has improved a lot. We’re looking forward to the Rally of Portugal.”

Just a little note, I’m not writing about Sordo this much because he’s my secret favourite, but because man is open about his business and likes to share the news with his fans and followers. Unlike some other factory drivers who are kept behind locked doors and only released in public during WRC weekends. Thanks Donald Smith for video tip!