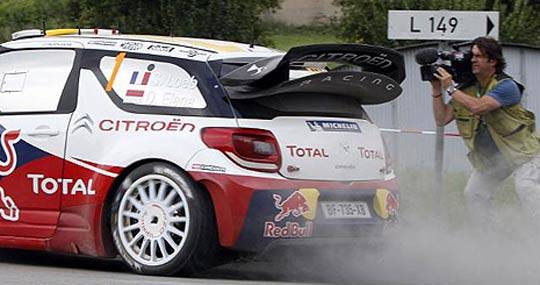 In another one-off arrangements, FIA secured TV coverage of third round of the World Rally Championship after reaching an agreement with European Broadcasting Union.

Despite recent talks about EBU taking over TV for WRC, for now deal with FIA covers only Mexico, while FIA is still assessing “numerous proposals received after the call for expression of interest it has launched to identify the best possible partner(s)”. In other words, EBU got the Mexico deal but there are other parties interested in taking over the TV coverage for WRC for the entire season.

“The FIA is pleased to announce that an agreement has been reached with the European Broadcast Union and its production house EPC for the distribution of the 2012 WRC Rally Guanajuato Mexico.

“Relying on a strong relationship with its members in rally’s territories and on an efficient international distribution network, the EBU has been retained for the next round of the FIA World Rally Championship and further discussions are planned to ensure consistent distribution and production for the remainder of the 2012 season.”

“In parallel, the FIA is currently assessing the numerous proposals received after the call for expression of interest it has launched to identify the best possible partner(s) to build a strong platform for the growth of the Championship from 2013 onwards.” said FIA statement released recently.