Loeb: “I’m expecting to have a real fight on my hands to win” 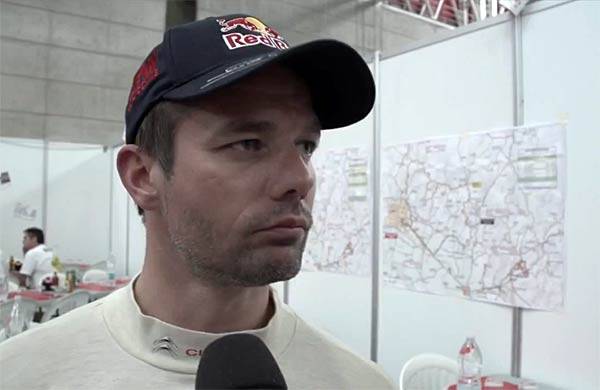 Rally Mexico got underway this morning with the qualifying stage. Five-time winner of the season’s only North American rally and last year’s winner, Sébastien Loeb began the day by setting the fastest time on both runs in this morning’s free practice.

An error at the start of the qualifying run meant the man from Alsace missed out on the best time, but he was nonetheless pleased to be third fastest: “Third is not as good as first but starting from 12th position is a decent result. I have the feeling that our rivals have made a lot of progress compared with previous years, so I’m expecting to have a real fight on my hands to win here. We’ll have to push right from the word go. It’s also nice to think that we won’t have to put up with the strategies seen in recent years. It wasn’t very satisfactory to see drivers slow down at the end of the day in order to be in a better position on the road the next day.”

Second in the qualifying stage, Mikko Hirvonen chose to start in 13th place. The Finn says he can’t wait to start his first gravel rally in the Citroën DS3 WRC: “We used the shakedown to make a few more minor adjustments to the setup and I’m pleased with my feeling for the car. We’ll have to push right from the start, because all the potential winners have a good starting position. The Mexican stages are very technical, you can go straight from a very quick section to a very twisty section. There are also a lot of corners with crests and that makes it even harder to read the road.”

Thierry Neuville produced a fine performance in qualifying to finish seventh, in what is the Citroën Junior WRT driver’s first gravel rally in a WRC. “I prepared carefully for this event during testing and I have been impressed by the capacities of the car. I feel it is a fairly ‘forgiving’ car, which is no bad thing for a beginner like me,” quipped the young Belgian. “I felt comfortable here straight away, on the first run. The course has plenty of tricky sections, but it seems quite natural to me. My experience on gravel means that I start this rally with more confidence than the earlier rounds.”

Meanwhile, Nasser Al-Attiyah set the morning’s ninth best time. The Qatari continues to take it step by step: “Everything went well this morning. I still need some time to feel totally confident but I improved my time on each run. Although I feel very comfortable on this surface, I’m not expecting it to be an easy rally. There are a lot of tricky sections and we’ll have to manage the 42 and 54 kilometre stages as well as possible.”

The rally continues in the early evening with the ceremonial start organised in the streets of Guanajuato. As soon as they step off the podium, the crews will set off for SS1 on the paved underground streets of the mining city.