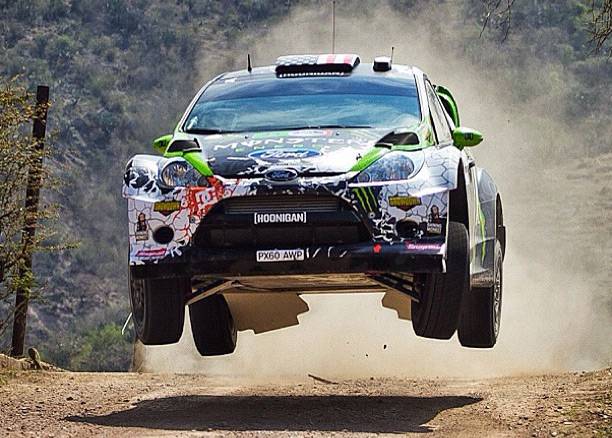 Ken Block might be well out of contention for podium or top spots, but as he admits, he’s still a novice and learning about the WRC and WRC cars. To make things even harder, Ken had issues with tires this morning in Mexico and to top it off he had an off on SS 5.

Off saw Block and co-driver Alex Gelsomino end up in a ditch and it took a long time to get out of it and work on the wheel. With radio not working Block was not able to get the information out to the cars behind him.

“When we finally got going I knew Chris Atkinson was somewhere behind us, I was so worried we could be destroying his rally with all the dust. Our radio wasn’t working so in the end we decided to pull over and let Chris go. Little did I know Chris also had a puncture, so we were sitting by the side of the road even longer than we should have. We wanted to be good team mates and it didn’t quite work perfectly, but both us and Chris are still in the rally so let’s hope for better afternoon”, said Block in service.

I’m not sure if Spirit of the Rally award is still around with it’s backer no longer being involved with the WRC, but either way, top move by Ken and Alex.