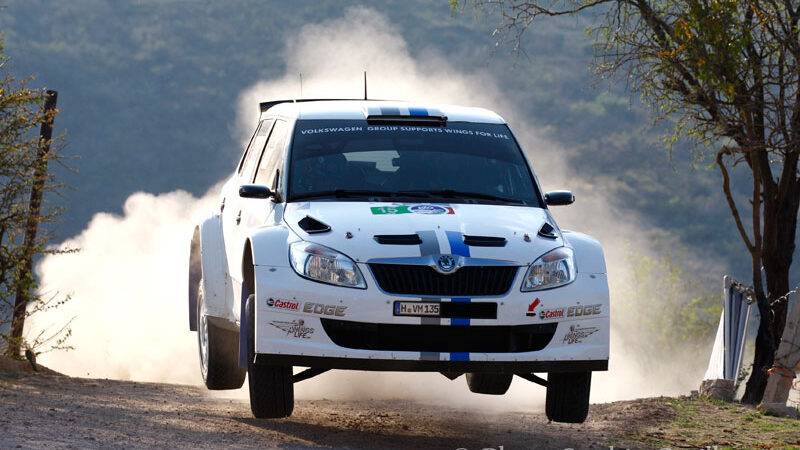 Volkswagen’s driver Sebastien Ogier is much happier with stages of 2012 Rally Mexico’s second leg. Yesterday Frenchman was complaining of not being able to find motivation – in S2000 car he was not able to challenge drivers in WRC machines and thus he wasn’t really enjoying the stages.

Somehow I think Ogier cannot get over how competitive he was in Škoda Fabia S2000 on the stages of the Rallye Monte Carlo, but he will have to just accept the fact that on gravel he will just be behind, no matter how hard he pushes.

On the other hand, it’s in a way good to hear him being frustrated, but only if he channels that frustration into pushing the Volkswagen to give their best to prepare Polo R WRC to be competitive right from the start. I can understand his emotions and frustrations, last year he was pushing Sebastien Loeb to the limits and it takes fair amount of nerves (and a few euro) to make up for that this year.

Either way, Ogier is well known for not being very diplomatic and he is quite openly speaking his mind, so instead of hiding behind the usual “it’s for the team, I’m happy” he is saying it like it is.

Today’s stages are more suited to Fabia and Ogier is able to get more speed out of the car while at the same time enjoying the twisty nature of the tests. The end result – we didn’t hear a single “I’m bored” from him all day.

It would be great to ask him about how Polo development is progressing. Who knows, he might reveal a thing or two for the Volkswagen fans.