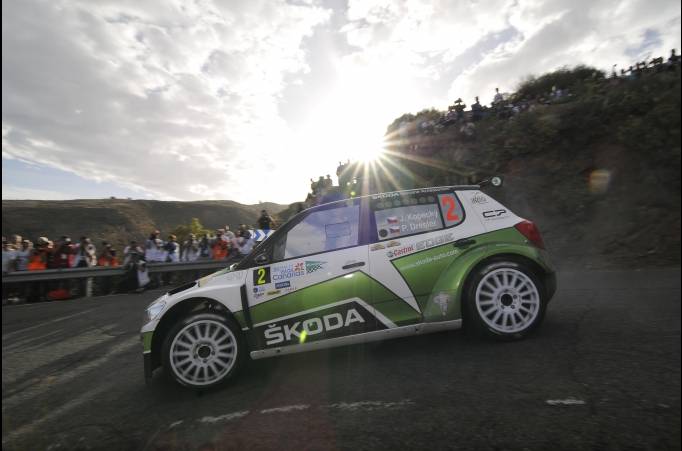 It all looked good for Andreas Mikkelsen up until the final kilometers of penultimate stage of Rally Islas Canarias – that’s when Norwegian ace noticed problems with the engine. Much to his dismay, little could be done and Mikkelsen was forced to tackle last stage of the rally with misfiring engine, losing almost half a minute to Jan Kopecky and falling to second place behind the Czech.

Bitter disappointment for Mikkelsen, who was hoping for his first win on tarmac, but satisfaction and joy for Kopecky, who fought bravely but just wasn’t able to match the pace of the Norwegian. Although satisfied with the victory, Kopecky wasn’t particularly happy with the fact that he won thanks to Mikkelsen’s engine woe.

“I heard Andreas had some engine problems, that’s a shame, we had a great fight and I am not very happy to win in such circumstances”, said Kopecky after special stage 15, last one of the rally.

In 2WD category top spot was claimed by J. Vinyes and G. Antxustegi on top two steps of the podium and Angel Marrero snatching the third one.