Who Will be Eating The Dust In Portugal? 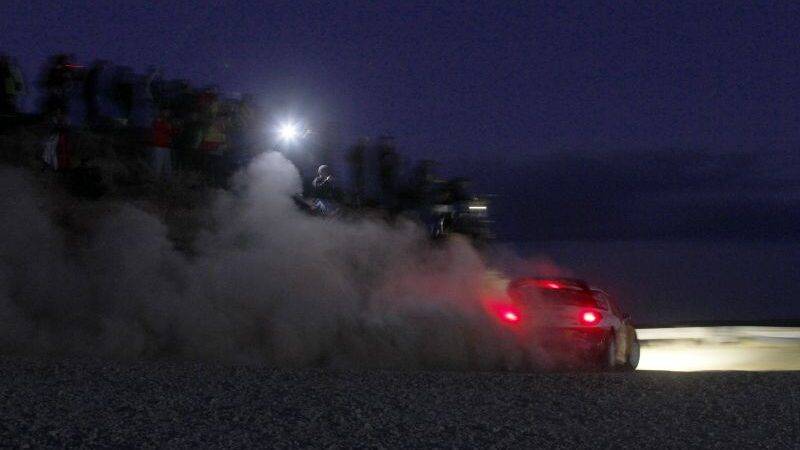 Gravel rallies are not special only because of the loose surface and the big rocks strewing the roads and paths, but also because of the dust being kicked by the running cars and which then – in case stages are surrounded by hills or trees – remains hanging in the air like a gravely fog. To battle this organisers can extend the time between the cars, so instead of 2 minutes apart cars are released on the stage in longer intervals.

However, not even longer intervals are much of a help in certain areas, and only thing drivers can do is drive slower and more careful through low visibility sections. Or go with the “if in doubt, flat out”. Either way, living in the dust is no easy task for rally crews.

Interestingly enough, upcoming rally in Portugal features the dreaded combination – night stage set on gravel surface. The two really don’t mix well at all, and the pressure to perform but also to survive will be huge on the crews. However, dust can also play quite an important role on other stages as well, and some suggest we might see the changes in tactics in order to compensate for this obvious handicap.

With the solution of longer intervals between cars another possible option for the organisers is to enforce last moment changes to itinerary in order to reduce the risk of dust being risk to safety and normal running of the rally. However, there is also an option of crews and their teams opting for change in tactics.

Gravel rallies are known to favour the cars starting lower in the starting order, after the fronrunners have swept the surface and removed the slippery layer of sand or soil, thus exposing the harder and more grippy ground beneath it. But faced with the prospects of the dust hanging in the air vs. losing not that much time sweeping the road crews might be pushing for the top of the starting list instead of the bottom.

Recce sessions will be good indicator of the condition of the stages and some drivers and teams might start working on their “reversed” tactics even before they come to shakedown. It remains to be seen if running order will be affected by the dusty condition and to what extent. But I cannot shake off the feeling of having a slower car starting high in the order (due to the Qualifying Stage system) and kicking up dust for the following faster crews to be a particularly bright solution.

Perhaps FIA might reconsider their idea of Qualifying stage and put some kind of restrictions on who gets to pick the positions and be part of “qualifying” and who does not. The rest would be just put to start behind the leading pack, regardless of their priority status. Put bluntly, it will make no difference to Paulo Nobre if he starts as first or 20th on the road – it’s not like he will suddenly abuse more favourable road conditions and start chasing the leaders. On the other hand, if he is starting first on the stage and is significantly slower than others, the dust kicked up by his car could just linger too long and obstruct following crews, regardless of the starting interval changes.

FIA did say they will monitor qualifying system closely and make the changes to the format if deemed necessary, but your guess is as good as mine on when some thoughts and actions could be shared and taken in that regard.