Kopecky: “Andreas’ misfortune is part of rallying, it can happen to me next time” 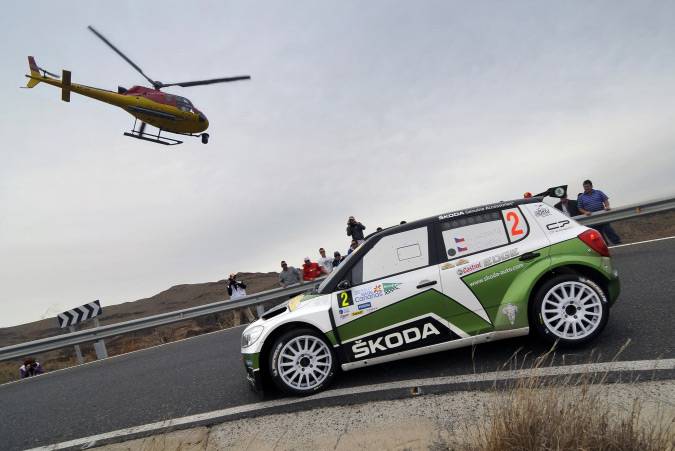 Surprise winner of the second round of the 2012 Intercontinental Rally Challenge, Jan Kopecky, spoke to the Championship’s website about the “inherited victory”, as some rally fans and media labeled his triumph on Islas Canaria.

Despite claiming he is not particularly happy with the way he won second event of the season, Kopecky is determined to prove his worth on remaining rounds and insists that retirements and car problems are unfortunate but inevitable part of rallying.

Czech driver was chasing Norwegian Andreas Mikkelsen, but the latter was in command throughout the rally and despite only handful of seconds separating the two before the final two stages it was pretty certain Mikkelsen would take the victory. However, engine in his Škoda Fabia S2000 developed problems and lost power so Mikkelsen was forced to crawl through the final stage and drop behind the Czech in the overall standings.

Last year you lost out by 1.5s, this year you’ve taken the victory but in such dramatic circumstances?

“We were pushing quite much on the last three stages and finally Andreas had some problems. I don’t feel so happy because we didn’t beat him by the fight but this belongs to rally and it can happen next time to me. Thanks to ŠKODA because they gave me the opportunity to be over here and thanks to my co-driver because today he improved himself a lot and did a great job.”

There was never more than a few seconds between you until that final stage. What was going through your mind when you knew Andreas had a problem and you could take the win?

“I have to say I didn’t know he had some problems. He said it seemed the engine was not running well but when he was passing us for me it seemed normal. I was pushing a lot and on the last two stages I had two big moments so I was keeping on pushing and waiting for him until he came to the finish.”

Full Q&A session is just behind this link.