Loeb: “Fafe stage should be part of Rally Portugal” 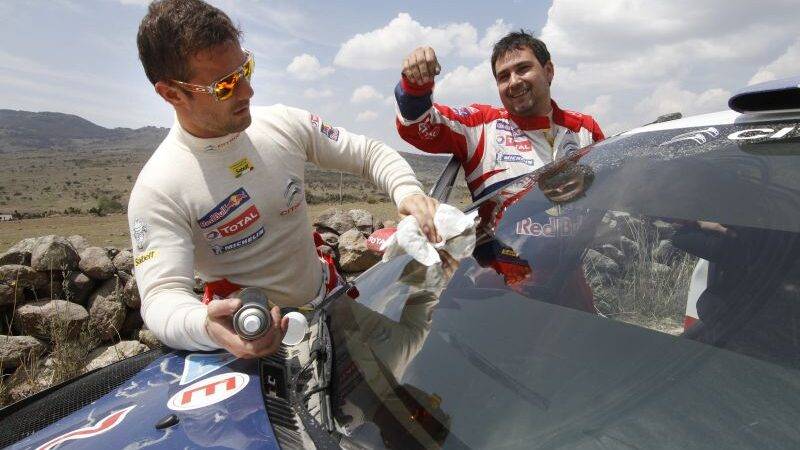 Citroën Racing preview of 2012 Rally Portugal includes the usual Q&A session with one of their drivers. Three questions were presented to Sebastien Loeb, currently leading the World Rally Championship after two victories in Monte Carlo and Mexico.

Loeb says he does not know the Fafe stage, because that particular stage ended it’s WRC “career” long before Loeb era began, but he’s keen to experience it first hand.

Frenchman also said he would like to see such popular and challenging stage be included in the proper Rally Portugal instead of being used for promotional purposes only.

You are taking part in the “Fafe Rally Sprint” near Porto, this Saturday. How important is this event for you?

“I don’t know the famous Fafe stage, as the Portugal rally hasn’t gone through the Porto region since 2001. It’s great to go and see the many fans in the region, but I’d have preferred it if these stages had been included in the rally, as opposed to a stand-alone, promotional event which has no real sporting value. But anyway, I think it’ll be a very interesting new experience.”

Like last year, the rally is due to start on Wednesday with a street stage in Lisbon. And then in the evening, there are three night stages run on gravel. That sounds like one hell of a start!

“I think it’s good that the first day has been made into a proper leg. More so than elsewhere, it will be tricky to choose the right starting position. At night, kicked-up dust can stay in the air for ages. In conditions like that, is it better to have to sweep the loose gravel but enjoy decent visibility or have a clean racing line but run the risk of having to drive through dust clouds? Setting a good time in the qualifying stage won’t be enough. We’ll also need to analyse the weather conditions very carefully to make the right choice. One thing is for certain, however: an ‘average’ time and an ‘average’ starting position of around 7th or 8th place would be a pretty disastrous solution all round!”

The ability to choose tyres comes back into play at this rally for the gravel sections. You must be pleased after having requested this on many occasions…

“Yes, because the old rules jeopardised our safety. I remember having driven on muddy stages with hard tyres – it was terrifying! In addition to the 40 ‘hard’ Michelin Latitude Cross tyres, we can use up to 10 soft tyres. If it doesn’t rain, these extra tyres will be redundant. But if it does rain, they will enable us to avoid taking any unnecessary risks to stay on the road.”