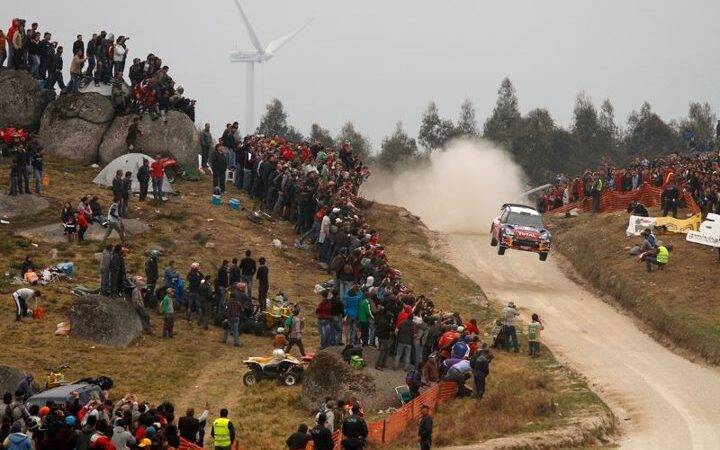 Rally artist formerly known as Hollywood made the best possible start to the 2012 Rally Portugal week by winning the Fafe rally sprint event, held on one of the most famous stages in the world.

Fafe event served as a prequel to the fourth round of the World Rally Championship, Rally Portugal which starts in little less than a week.

In front of huge crowds Petter Solberg was fastest but only by a fraction ahead of Sebastien Loeb in second and Dani Sordo in third place.