High drama that was Rally Portugal 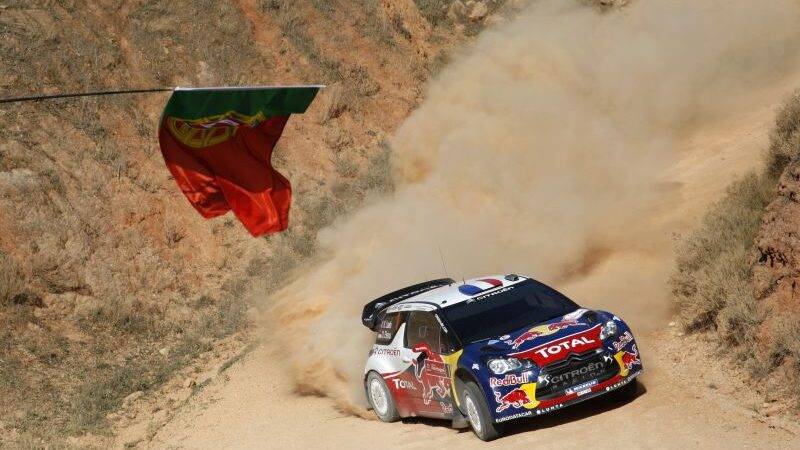 Drama and rally are good combination, great even, and there is no point in denying it. Sure, we all have our favourites among drivers and teams and we sort of like to see certain crews win more often than others, but even if drama means my favourite driver or team will not take victory or podium, I’ll take exciting and dramatic rally over boring and predictable one anyday.

In the end, to not know what next stage or corner will bring is one of the most exciting aspects of rallying. Sadly this year we are forced to endure yet another season featuring only two factory teams with two crews each, joined by several privateer teams of both brands. Not nearly enough for every talented driver to get a proper and competitive machine and be able to challenge for top steps of the podium. And if any of the top drivers retires early in the event, situation becomes even worse with gaps between leading crews often rising to several minutes.

In Portugal, things looked grim after Sebastien Loeb parked his Citroën DS3 WRC early on day 1. We were hoping for epic battle on stages, mostly between Loeb and Ford’s Jari-Matti Latvala, but it wasn’t to be. Yet, it looked good for Ford and host of privateers, even more so because Mikko Hirvonen was expected to hold back and play it safe in order to bring points home for the team.

The rest is, well, history. After difficult start to 2012 and Latvala’s retirement in Monte Carlo and Mexico, Ford was given a once-in-a-season opportunity of scoring double victory and collecting bazillion of points. But, even that just was not meant to be – heavens opened up and heavy rain descended on stages, turning them into slippery roller-coasters. And, one by one, Ford’s drivers went off the road and into retirements early in morning loop of day 2 of the rally.

Shocked and amazed, we barely managed to let that one sink in when more news started arriving from Portugal. Rain was not giving up and according to organisers routes of afternoon stages were no longer safe. Small streams and rivers turned into raging torrents and low clouds made it impossible for helicopters to fly. Some drivers were not impressed and they claimed rally should go on, but others were not so keen. With prospects of entire loop being cancelled Ford was probably silently praying (conspirators will say they were also actively lobbying) for cancellation. And they got it – three stages were scrapped meaning smaller time penalties for Ford’s Rally2 return.

The following day brought even more drama, as returning Ford’s drivers started their climb to the top, with other Ford crews occupying second and third place with Mikko Hirvonen being thrown into the lead after demise of host of favourites. Throughout the day Ford crews complained over misfiring engines, falling sumpguards, broken power steering, issues with fuel pressure… For a while it looked like Ford’s Petter Solberg and Jari-Matti Latvala just were not meant to reach finish in Portugal no matter what.

As the rally neared it’s finish yet another drama popped up – Evgeny Novikov’s car (Ford) developed a strange problem – his gas pedal assembly fell apart and Russian had to nurse the car to the end, losing time but refusing to give up in an attempt to defend his podium position. And he did it, much to disappointment of Petter Solberg, who was only able to crawl back up to fourth overall.

As the final drinks were being ordered at the eve of the last day of rally there came another shocker – Citroën was summoned to appear before the stewards! Irregularities were discovered on Hirvonen’s car and French team was disqualified from the event, handing over victory to Mads Ostberg, with Solberg climbing to third.

And with Citroën expected to lodge an appeal this week, Rally de Portugal is still not officially over!

And this was just a brief and rough rundown of main highlights of 2012 Rally de Portugal. Sadly, we still don’t have 10 or 14 drivers in roughly equal machinery, capable of creating another kind of drama, the one we all like and enjoy much more. You know, the drama caused by few crews battling for a position with only few seconds separating them. So in the meantime we will have to rely on Mother Nature to deliver some unexpected conditions. What we don’t need nor look for is green-table drama and rallies decided in courts or scrutineering garages. This is the drama we can all survive without.