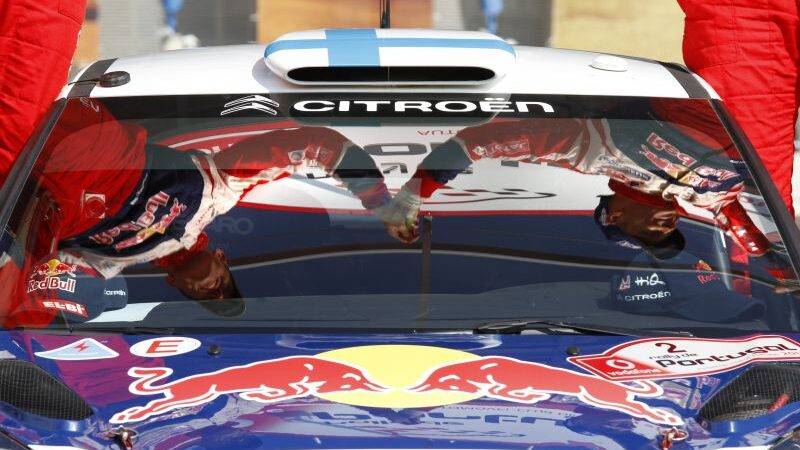 Following detailed investigation and analysis of the case of certain components of Mikko Hirvonen’s car not being in line with the rules and regulations, Citroën Racing decided not to pursue it’s intention to appeal against the disqualification.

This leaves Citroën with 0 points taken from Portugal, but they insist they will accept this penalty and “learn lessons that will enable us to be even better”.

Mikko Hirvonen refused to blame his team for the incident that denied him the victory in Portugal.

Following the exclusion of the no.2 Citroën DS3 WRC from the Rally de Portugal, Citroën Racing had initially stated its intention to appeal against the decision of the Stewards. Further analysis of the matter did not uncover any new technical elements. After consulting with various experts, Citroën Racing has therefore decided against pursuing the appeal with the FIA’s International Court of Appeal (ICA).

After having been notified of the decision to exclude the no.2 DS3 WRC from the Rally de Portugal, the Citroën Total World Rally Team had, within the one-hour deadline stipulated by the regulations, stated its intention to appeal against the decision at the FIA’s International Court of Appeal. The team then had a further 48 hours to either confirm its intention to appeal or decide against doing so.

As further analysis of the matter and discussions with experts did not uncover any new technical elements that might have been used to alter the harsh penalty handed out by the Stewards, Citroën decided not to pursue what would have been a long and costly procedure.

Yves Matton, Citroën Racing Team Principal: “We had stated our intention to appeal in order to give us time to analyse the matter in more detail. As regards the clutch, our supplier has sent us a letter of apology acknowledging the existence of a batch of parts which were different from those on the homologation documentation. This letter confirms that it was never our intention to cheat. At the same time, this situation forces us to look again at our procedures, since these parts were not picked up during our own checks. On the second point identified by the scrutineers, the sole supplier of turbocompressors approved by the FIA for all manufacturers, has confirmed to us the plastic expansion of the wheel turbine. Additional analysis will undoubtedly confirm that this was due to wear on the part. We accept this harsh penalty but are determined to learn the lessons and ensure that we will be even better in future. We still lead both World Championships, but the gaps have been reduced. We now go into the upcoming rallies more determined than ever to get back to winning ways.”

Mikko Hirvonen: “Obviously, I am very disappointed but I am not annoyed. These things happen. You have to accept them when they do, learn the necessary lessons and go again. Citroën has done a lot for me in the last few months so I stand united with the team at this difficult time. We win together, and we lose together! This incident just makes me even more determined. I can’t wait to start the next rally and go racing again.”