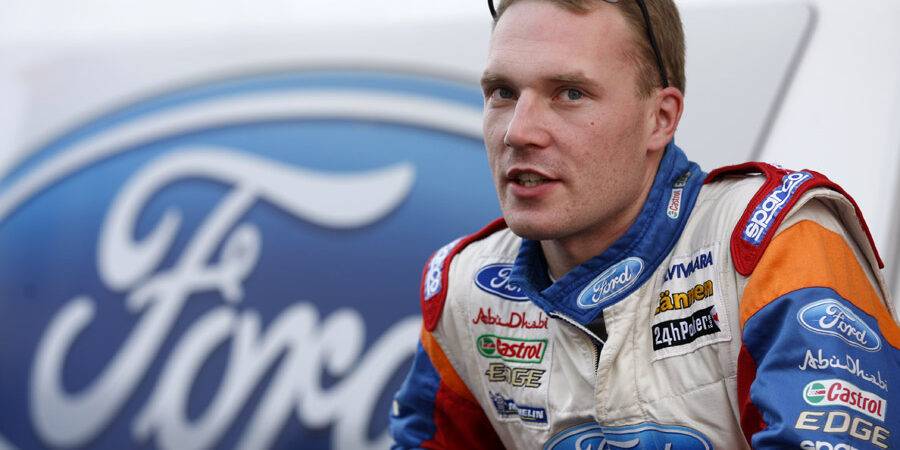 Rumour has it that Latvala is seriously considering other options and with both seats taken in Citroën (at least until Sebastien Loeb decides he’s had enough) Volkswagen remains only viable solution if Latvala plans to leave Ford. But why would he risk moving to new team and new car when he has number 1 status and very familiar machine in Ford? My take would be exactly that – number 1 status sounds great before the start of the season, but after few big retirements and with the fact he is behind “number 2” Petter Solberg in championship standings, little is left of Latvala’s number 1 status.

Perhaps Latvala is being lured to Volkswagen with the prospects of the more generous financial stimulations, although I do not expect that to be the case, or at least I don’t it is the deciding factor.

On the other hand, Latvala might know or suspect a thing or two about the Ford’s long-term plans, and knowing how company ended up being dragged back into the WRC at the start of this year after almost calling off their involvment, I wouldn’t be surprised if “blue oval” is once again questioning their participation in the World Rally Championship.

“I can confirm we had talks with Ford and with Volkswagen. I had a positive meeting with Kris Nissen and Carlos Sainz, who seem to have a good team with the right people and really interesting technical details on the car”, said JML’s manager Timo Jouhki.

At the same time, contacts were confirmed by still-in-charge Volkswagen’s motorsport chief Kris Nissen, who said Volkswagen is happy to know of Latvala is interested in them.

In the meantime, Jari-Matti should consider his season so far and start picking up points and finishes, if not for Ford, then for his own sake and the sake of his career’s future options.