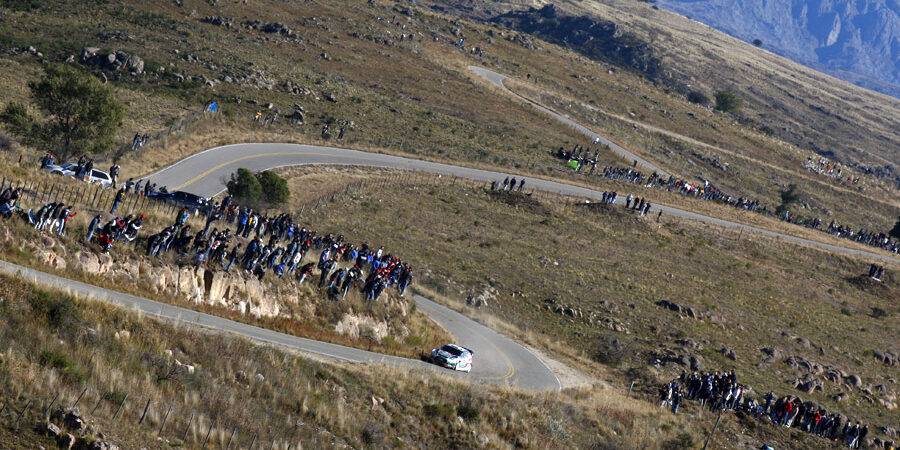 With Ford’s number one driver Jari-Matti Latvala being forced to skip Rally Argentina, team will have to look for replacement. Good thing is there are many to choose from, both old (or should I say veteran) ones and youngsters looking for additional experience and exposure.

Among some of the fan and media favourites for Jari-Matti’s replacement are former double world champion Marcus Grönholm, who officially retired from the World Rally Championship at the end of 2007. Marcus was part of Ford towards the end of his WRC career and he’s also experienced with the sort of conditions crews can expect from Argentina.

Another former Ford pilot and very experienced driver is Frenchman Francois Delecour. In 97 starts Francois collected 4 wins and 19 podiums, but traditionally he is more at home on tarmac and his latest experience driving modern WRC car was this year’s Rallye Monte Carlo.

There is also Henning Solberg, another Ford driver who is currently struggling with sponsors after somewhat promising start to 2012 campaign in newly formed Go Fast Energy World Rally Team. Some WRC experts, however, question Henning’s ability to match the speed of current crop of WRC pilots. Which brings us to the youngsters.

Mads Ostberg, Evgeny Novikov, Ott Tanak are all driving Fords this year and they proved their worth on several occasions already, most notably in conserving podium positions in Rally Portugal drama (Novikov and Ostberg). However, both have running contracts and teams and to paraphrase Boromir here: “One does not simply switch teams in WRC”. Hell, I am pretty sure it would take around 1 minute to persuade Sebastien Ogier to jump in WRC car, but he is strongly devoted to Volkswagen’s WRC programme and is too happy to be bothered with simple pleasures such as driving a competitive car.

Matthew Wilson is, as I understand it, still out of action with recovery from injury taking longer than initially expected. Also when it comes to sheer speed, I am afraid Wilson Jr. is in same boat as Henning.

Alastair Fisher is also one of the “juniors” lurking around, and is also part of Ford camp. Sure he does not command experience like the guys above, but he is one of the Ford’s rising stars, same as Jari Ketomaa (although latter is not what you’d call a junior, I am afraid :).

Ultimately, if Latvala is set to skip just one rally, Ford can really go all out crazy and either call in one of the legendary veterans (and there are many still in “driving condition” – Chris Atkinson, Gigi Galli, Markko Martin, Marcus Grönholm, Tommi Makinen, Juha Kankkunen, Gilles Panizzi, to name just few) or give one of the younger drivers a chance and draft from WRC Academy for example!