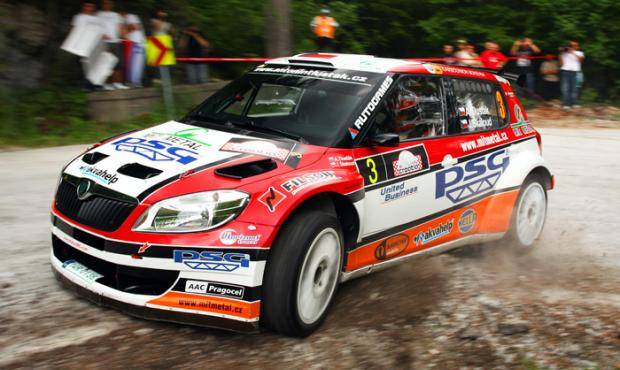 Ha! Got to laugh at the title, “national oil company”. Well, it could be debated whose company INA currently is, but that’s for the courts of Croatia and Hungary to decide as we have our former prime minister in trial for all kinds of things, taking bribe being one of them. Oh, the joys of real life.

On to the rally then. Organizers of Croatia Rally, third event of FIA European Rally Championship, announced the name of new “Golden sponsor” – and it’s INA, Industrija Nafte. It would not be much of a news really, or rather, it should be only natural that oil company supports biggest national motorsport event, but this was not the case for years and years. You see, in Croatia INA found more interest in funding and sponsoring sports focused on one ball instead of two, so their money went to football and similar sports.

But, as football itself is being a target of criminal investigations and even the top of national football association is suspected of being involved in dirty deeds, perhaps INA suddenly realized their name could be better used on rally cars.

The story about INA and it’s involvement (and withdrawals) from Croatian motorsports is a long one, and also a very boring one, so let’s end this here shall we.