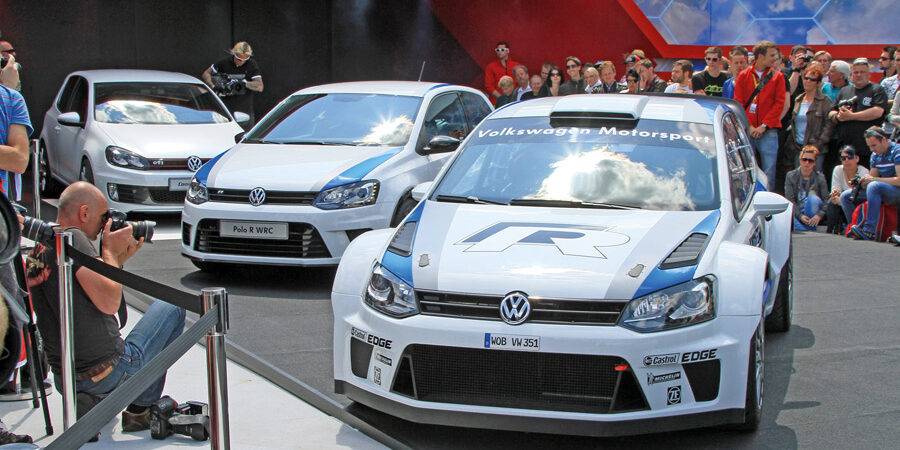 German automotive giant’s entry into World Rally Championship might be the best thing that could happen to the sport after numerous setbacks and problems brought WRC to it’s knees so to speak. And despite still evident lack of global promoter and only partial TV coverage, Volkswagen Motorsport’s new boss thinks worst is behind us. And Volkswagen’s entry will only help WRC to come out of it’s current limbo.

Speaking at the traditional Volkswagen fiesta at Worthersee, Jost Capito said the company would like to extend their WRC involvement beyond 2015. Capito claims Volkswagen is not in for a short thrill and cheap sensation. Instead, they aim to conquer both titles and judging by their Dakar exploits they will not spare money nor time to achieve it.

“We are aware of the current problems in WRC, but I think worst is behind us and our arrival will help boost WRC and bringing more fans and media to the sport. We are working with FIA and we will be doing our best to help in establishing a new foundations for media coverage. Hopefully, Volkswagen’s entry will also encourage other manufacturers as well as new fans to join this exciting form of motorsport”, Capito said.

For now, company is cautious on the possibility of their WRC debut this year, although hope remains they might be taking part in one of the final events of 2012 WRC season. And yet they might not, it all depends on the pace of the development of their WRC machine, claims Capito.

Volkswagen plans to introduce extreme version of road going Polo, based on competition model – it is supposed to be powered by turbocharged 2-litre TSI petrol engine with tasty 220 HP and host of other rally-worthy features. So expect very elaborate rear spoiler, massive wheels, potent brakes and radically tuned suspension at least. This new Polo flagship will be available in limited numbers and will debut next year. Yeah, sounds about right!

Now if only Mini and Prodrive could solve their issues and restart their own WRC programme next year!