Rallying with the Gods – Official Mini preview of Acropolis Rally 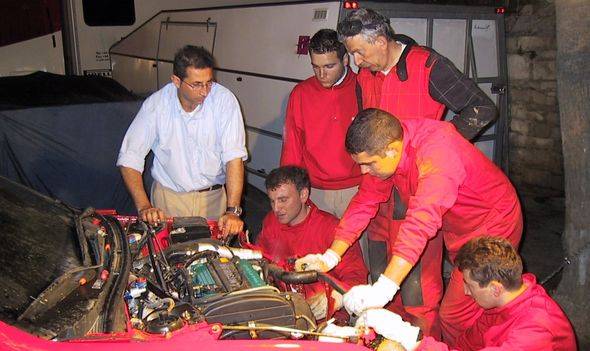 ‘A quick introduction – I’m Bruno De Pianto, Team Manager of WRC Team MINI Portugal and I’m going to keep you up to speed with the team’s adventures during Acropolis Rally of Greece, sixth round of the 2012 FIA World Rally Championship.

‘We’ve had a couple of hectic weeks since we got back from Argentina. First, we took part in MINI United last weekend at the legendary Circuit Paul Ricard in the south of France. Thousands of MINIs of every shape and colour you can imagine gathered from all over the world for a weekend of pure fun with MINI family and friends! It was great – we were representing MINI’s involvement in the WRC and we had an awesome time!

‘Then it was straight back to the Motorsport Italia workshop and all systems go preparing for Greece and working hard to be 100% ready for one of the toughest challenges on the WRC calendar. The rally offers rough gravel roads, high temperatures, many, many stones and some of the most iconic stages in the whole of the WRC. As always we’ll be out in force at the Acropolis Rally with our two crews Armindo Araújo and Miguel Ramalho and Paulo Nobre with Edu Paula. Both crews know the rally from previous years and we’re focused on getting the best result possible.

‘Greece feels like my second home, because I worked on the Greek Rally Championship for six years – from 2004 to 2009 – for our sister team Ralliart Italia managing Greek driver Aris Vovos. We used to do eight to 10 rallies per year in Greece so I got to know the country quite well. It’s an amazing place – great weather, great food, nice beaches and a fantastic history.

‘There are two places in Greece I like most. One is Porto Carras in the north of Greece – where the ELPA Rally used to be – there’s a casino, it’s on the sea and there’s a fantastic golf course where I used to play golf with my driver. The other place I really like is Olympia, it’s unbelievable that that very place is where the Olympic Games were held for the first time – thousands of years ago – and where the Olympic torch is still lit before each modern games. It’s incredible being so close to a part of history. I have good memories from that place, I went there in 2002 for my first rally in Greece and have competed there about 10 times since. That’s exactly where this photo was taken during my first time competing on a rally in Greece. Quite incredibly, you can see my friend and WRC Team MINI Portugal mechanic Roby also working on the car in photo – which just shows how far back some of the relationships in the team stretch!

‘After working in Greece for four years, in late 2007 Armindo joined us to compete in the PWRC. I did one more season in the Greek Championship and then my focus turned solely to the WRC. With Ralliart Italia first and since last year also with Motorsport Italia and the MINIs. It gets really busy at times but I love the sport and I really enjoy traveling around the world doing my job!

‘I’ve just arrived in Greece, along with some of my team where it’s quite unusually pouring with rain! We collected some MINIs to use during our stay from the local MINI dealer in Athens and then travelled to Loutraki where the rally is based. Today we will start to prepare the service park, then tomorrow we begin preparations for the Acropolis Rally with a pre-event test with both our drivers.

‘I’ll keep you up-to-date with WRC Team MINI Portugal’s adventures throughout the rally.