Juho Hanninen wins 3rd round of European Championship in Croatia 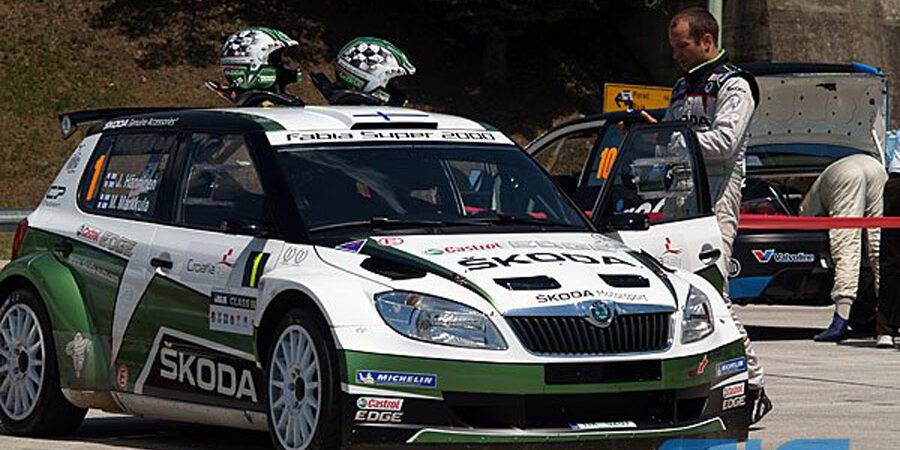 Škoda Motorsport driver Juho Hanninen took commanding victory in Croatia Rally, round three of 2012 European Rally Championship. Hanninen was in control throughout the final day of the competition and continued extending his lead to the 25.2 seconds ahead of German hopeful Hermann Gassner Jr. Third place was claimed by Luca Betti although he was almost 2 and a half minutes behind the winner.

Penultimate stage of the rally was cancelled after one of the cars, driven by Slovenian driver Rok Turk, caught fire. That did little in changing overall classification, although it enabled best positioned Croatian driver Juraj Šebalj to climb to fifth spot overall after Turk retired.

One of the “highlights” of the day was incident on special stage 11, involving Juho Hanninen and unnamed “civilian”. The latter decided to drive onto stage in the opposite direction just as Hanninen was making his way through. Luckily, there was no collision, but it remains to be seen what the FIA observers will make of it.