Sandell: “No idea why Croatia Rally organizers failed to deliver our car” 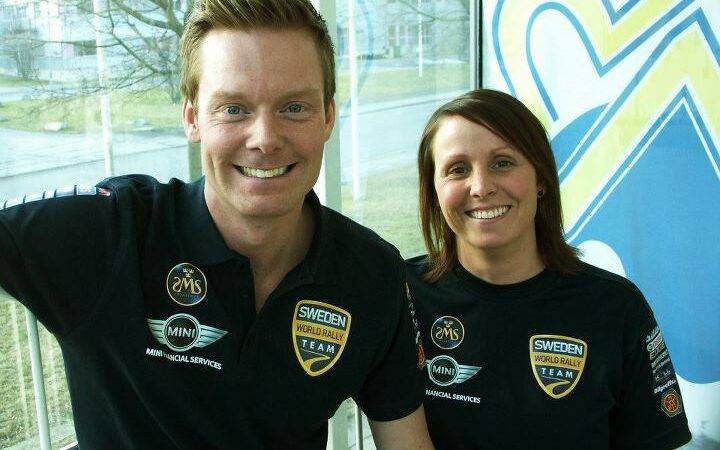 Third round of FIA European Rally Championship is being dominated by Juho Hanninen and Hermann Gassner Jr. and while the fans rightfully expected former Junior World Rally Champion Patrik Sandell to join the fight, that was not to happen.

Sandell’s car was not delivered by rally organizers and it is my understanding that Swedish driver was invited to take part in Croatia Rally and was promised a Škoda Fabia S2000 by organizer.

I am still waiting for official response by Croatia Rally organizers, needless to say I feel pretty bad about the whole deal since I live in Croatia and was pretty happy to hear of Patrik’s arrival. In the meantime I received replies to my questions from Patrik’s PR person, Bo Schager.

When did Mr. Sandell receive this invitation and what exactly was he promised?

Patrik was invited some month ago, and was the “star driver” in there marketing before the rally.

Why did Croatia Rally organizers failed to deliver the car for Patrik?

We haven’t got any answer on that.

Does Patrik think he would be able to fight for overall victory in Croatia?

Absolutely, it’s was going to be a tough rally with good competition, but Patrik was one of the candidates for the victory.

Did Mr. Sandell inform the FIA observers about this incident and are there further actions planned?

When Patrik meet them before the rally started they know about the situation and felt very sorry for Patrik. No further actions is planned.

What are next plans for Mr. Sandell in 2012, he’s had a failry busy season so far. Perhaps another outing for Sweden World Rally Team?

The next rally in WRC with MINi is not decided yet, but we working on that.