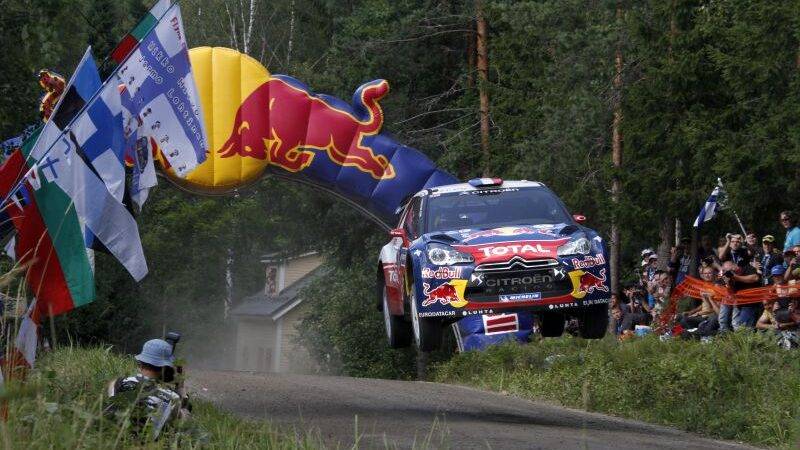 Third win in Finland, 73rd win of his career and a strong message to everyone who is dismissing him as too old and ready for retirement. Yes, Sebastien Loeb might be a tad bit older than other drivers in current WRC field, but that fact bears no weight whatsoever. As far as Sebastien is concerned, his age only means he will sooner than later decide he’s simply had enough of rallying, and do whatever else he finds entertaining or challenging. The way things stand at the moment, he is very unlikely going to leave WRC because he is starting to lose pace compared to younger drivers.

Loeb was not the only dominating force in Finland. Citroën was superb, Mikko Hirvonen was chasing Loeb and it’s quite obvious he does have the pace to challenge his French team mate, but it’s one thing to challenge and another to actually be continuously faster, thus earning the rights to claim top spots of the podium.

Citroën’s utter dominance was further made obvious by sheer lack of pace of both Ford’s drivers. As much as we blamed Jari-Matti Latvala and Petter Solberg, as well as some key members of the team (*cough* hard tyres on wet stages anyone *cough*) for their mistakes in other rallies, in Finland they both said to have pushed as hard as they could. To no avail, Fiestas were simply not on par with the DS3s.

Juding by the rallies held so far this season, we will again see Sebastien Loeb and Citroën wrapping up another winning year, and despite the fact that there are still rallies to go and chances to be taken, both Latvala and Solberg will have very hard time trying to catch up. And as the season progresses, the price of mistakes and retirements earlier this year keeps growing. And it’s not just his speed and robotic consistency that makes Sebastien Loeb so great – it’s the ability to capitalize on his rival’s mistakes.