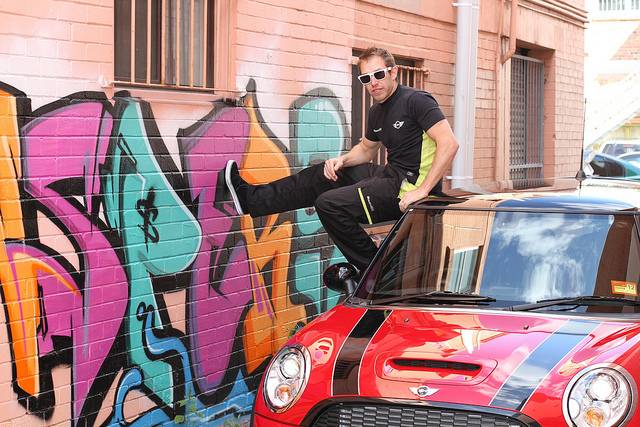 What happens to the name of the team then? Will it retain it’s “Portugal” bit with Armindo Araujo out of the picture? Who knows. Either way, Armindo is out of the World Rally Championship, and Chris Atkinson is back in. After driving both Ford and Citroën competitively this year, Atko is now switching to Mini for the remainder of the 2012 season, if I understood it correctly.

Former Subaru works driver says he still has a lot to offer to World Rally Championship and he was very warmly welcomed back by rallying community. As for the fate of Armindo Araujo and his WRC hopes, I don’t know what to say or expect, especially after reading the official team’s release announcing the driver switch. They made it so deep and philosophical, so I expect Araujo to retreat to some monastery high in the mountains to think deep thoughts about the present and the future of rallying and mankind.

Apparently, Prodrive is always on the lookout for fresh sponsorship money, and Armindo is familiar with Mini WRC machine, so… do we have a deal?

A Beginning but not the End

‘It’s Bruno here. I’m sure most of you are surprised to hear from me right now, but I’m afraid I have some news that I wanted to tell you all personally. Unfortunately, Armindo and Miguel will no longer be competing with WRC Team MINI Portugal.

‘This season has been highly pressurised from the start. We only found out following Monte-Carlo that we would have the opportunity to run two drivers for the full 13 event WRC Calendar as a works-supported team. The original plan was for Armindo to run seven events as a privateer. Due to our long standing and successful relationship, we wanted Armindo to stay with the team for the full season and he was pleased to join us on our journey. As you can imagine, this was one of the biggest pieces of news that any driver can have. However, the pressure on him was significant.

‘After our Rally Finland debrief and further conversations with Armindo since returning home, we decided that it was better for him to take a break, relax and regain his focus on the sport and how he approaches it. We’ve created a great history together and it’s fair to say that he had previously always been motivated and determined in his career. We’ve worked together for many years now – we even won two Group N world titles together! However, there’s always a point where you have to admit that something isn’t quite right and I hope that we’ve accepted that point at just the right time!

‘The decision was not taken lightly and was made on purely sporting grounds. It was not a personal decision and everyone in the team wishes Armindo all the best for the future.

‘And to answer the question on everybody’s lips…

‘I’m sure you’ve all heard the name Chris Atkinson – and if you haven’t, you should have! Atko’s a really top guy all the way from Australia, fast and experienced and he’s going to take over as the team’s No. 1 driver, flanked by the oh-so-experienced Belgian Stéphane Prévot for the rest of the season.

They’re a killer combination and given how fantastic the fans have been in supporting WRC Team MINI Portugal all year we really hope they’ll be equally supportive of Atko and Prévot when they join us.

‘It’ll be his first time in a MINI on the test this weekend, but we’re confident that Chris can handle any car he lays his hands on and his MINI will love him within minutes. We’re all very much looking forward to working with him and Stéphane and seeing what surprises Rallye Deutschland has to offer!