And finally, here it is… the future of/for WRC 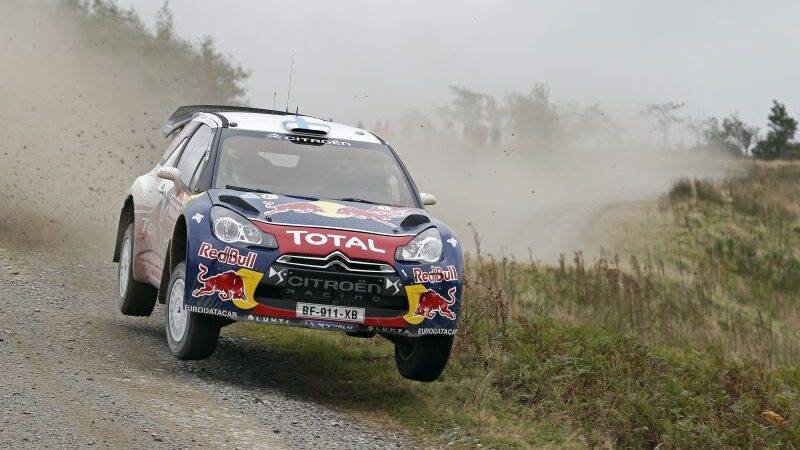 We had to be patient, so very patient, and endure rally after rally with limited TV coverage and lacking media support, but we made it through and after much debate and gutted crying, we were finally served with a solution. Red Bull’s name popped up a while ago and ever since it remained a worst kept secret, but it was nice to hear it once again today and this time with official tag. FIA took it’s time and it seems they did use it well. Despite the lengthy (well, superbly long compared to months of silence) release, this is just the begining and much more will be said and even more done over the next months and years. Gems such as “digital media” and “live TV” are all included, hopefully they’ll become reality soon.

The WMSC approved for the FIA to proceed with an agreement with The Sportsman Media Group and Red Bull Media House to become the new global Promoter of the FIA World Rally Championship from 2013. The Promoter will be responsible for investing and developing the WRC with a view to increasing its profile, reputation and commercial value. In particular, the Promoter, working in close collaboration with the FIA, will be focused on introducing live television and an innovative digital media strategy in the next years.

As part of a cost-reduction process and to attract greater entries, WRC Teams competing in the 2013 FIA World Rally Championship will now only have to contest one non-European event. WRC Teams must however still nominate and take part in a minimum of seven events.

The structure of the support Championships has been revised to reflect the interests and demands of the competitors. From 2013, the current Championship for S2000 cars will be replaced by the WRC-2 Championship including cars with four-wheel drive (R5, R4 and S2000). A specific cup for cars in the Group N category will also form part of the FIA WRC-2 Championship, and titles for teams, drivers and co-drivers will be awarded to those who have scored the most points in six of the seven events in which they have taken part.

The current Production Car World Rally Championship will be replaced by the FIA WRC-3 Championship, including Group R cars with two-wheel drive (R3, R2 and R1). Titles for teams, drivers and co-drivers will be awarded to those who have scored the most points in five of the six events in which they have taken part.

The current FIA WRC Academy will be re-named the FIA Junior WRC Championship.

For safety reasons and therefore with immediate effect, each crew that is entered with a WRC car is permitted to use a route note car on asphalt events.

To limit costs and encourage participation, from 2013 the use of the latest evolution of parts homologated by manufacturers will not be mandatory for WRC cars entered by drivers not scoring points in the Manufacturers’ Championship. This also applies to all cars in the S2000 category with a 1.6L turbo engine.

The 2013 FIA World Rally Championship calendar is confirmed as follows:

Note: The finish date given is the Sunday of the rally weekend. Itineraries are however subject to final confirmation by event organisers.

As part of the FIA’s commitment to strengthen the regional rally championships and implement a global strategy for the sport, the WMSC approved the principle of the appointment of Eurosport Events Limited as the Promoter of the FIA European Rally Championship from 2013 for a period of 10 years. Eurosport Events’ commitment will ensure the series is televised and promoted in all mediums.

To encourage more competitors to participate, cars with national homologations will be permitted to take part in FIA African, Asia-Pacific, Middle East, NACAM and CODASUR Championship events. To address safety requirements, National Technical Regulations will be linked to the FIA’s Appendix J and the FIA Technical Department will be responsible for performance equity.

The homologation period for certain cars has been extended to 31 December 2016, subject to safety requirements, and the WMSC has confirmed that Group T3 cars are permitted to participate in the Middle East Rally Championship, with the exception of the rally in Lebanon, the only asphalt rally in the series.

In the interests of safety, the specification of 18” Tarmac tyres used in regional rallies and in international rally series will be modified. From 2013, these tyres, which are closer in specification to road tyres and the same as those used in the FIA World Rally Championship, will have one tread pattern and will provide reduced grip in corners, allowing cars to slide more progressively.