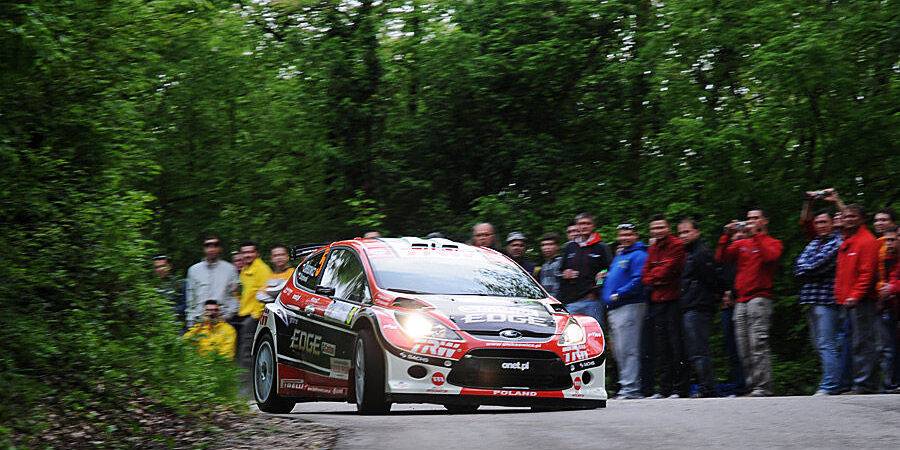 Croatian round of European rally championship is quite popular topic in local motorsport media, but for all the wrong reasons. With motorsports being utterly sidelined and largely ignored by Croatian media, this event is now gaining popularity thanks to conflict brewing between organizer, MCR Sport, and Croatian national motorsports federation (HAKS). And recent confirmation of new media and promotion deal for ERC and IRC events for 2013 only added more fuel to the fire, with promise of lucrative sponsorship deals and increased value of the event.

Apparently, HAKS is looking to strip the organizing rights from MCR Sport, although this is still not public (and I don’t expect it will be, knowing how HAKS usually operates). The reasons for this initiative are unknown, but according to some sources HAKS will try and claim poor organization by MCR Sport. That would give HAKS a way to jump in and retake organizing rights from MCR Sport. There is a certain problem, however. FIA observer reports suggest 2012 Croatia Rally earned very good marks and is one of highest rated events in current ERC calendar. Sadly I cannot publish those marks here, but I’ve seen them.

This is where the story gets ugly. HAKS initiative would be logical and easy to understand with new circumstances surrounding the merge of ERC and IRC and the promise of new media exposure for all included events. But in Croatia, motorsport does not work like that. You see, HAKS is usually quiet, very quiet, and many problems motorsport community in Croatia faces are being either ignored or dismissed. It’s a constant struggle of enthusiasts trying to establish some kind of organization on one side, and total lack of any initiative and support from the national federation on the other. To make things even worse, there are reports suggesting HAKS leadership is twisting the rules and regulations on regular basis. Finally, the name of HAKS secretary Zrinko Gregurek often pops up in various reports, claiming he has the ultimate power within HAKS – power which he uses to his own benefit, and not the benefit of the sport in general.

And so this brings us to Croatia Rally. With the new ERC/IRC deal this rally would gain more commercial value. Two years ago rally was barely saved after former organizers, Zagreb’s Auto klub Delta, failed to ensure funds to keep rally in Zagreb. HAKS and MCR Sport jumped in and ensured rally will continue in a different location, in and around coastal town of Rijeka. MCR Sport was responsible for organization of the event for last couple of years, and despite it being far from perfect, there were apparently no major issues with FIA and their reports. Surely nothing that would give reason for HAKS to remove organization from MCR Sport hands for 2013.

Oddly enough, when rally was struggling in Zagreb, there were no such initiatives coming from HAKS, as one Croatian motorsport reporter suggests. But with the arrival of new sponsors, Eurosport coverage and reported new deal being signed with Red Bull, it is fairly obvious what was the main motivation behind HAKS’ newly found interest for Croatia Rally. You will notice I overuse terms like “reportedly” and “allegedly”. I truly hate both of those and I would be very happy to be able to skip them, but there is exactly 0 chance of getting any official confirmation of either of these claims and information from HAKS. So reportedly, HAKS was very active this year, with Mr. Gregurek looking to close a deal with new organizers from Italy. Still without any official announcement, explaining the need to change organizers of the event, thus giving even more power to the reports and rumours suggesting foul play and personal agendas being the main priority.

This could go on and on, Croatian motorsport is in shambles and I could go on about it for hours really. But perhaps I’m just being pessimistic. Perhaps HAKS’ rekindled interest in Croatia Rally is sign of better future and signal new hope for Croatian motorsport community. Can it be that after securing the future of Croatia Rally in new ERC/IRC family, HAKS will turn to other disciplines in Croatia and fix them with same passion and eagerness. Maybe all rumours claiming HAKS and it’s leaders are not looking to secure nice financial share in new media and sponsorship deals, and are instead genuinely interested in the benefit of this rally. Sadly, judging from the state of motorsport in Croatia and lack of any kind of … anything, I don’t think that’s the case.