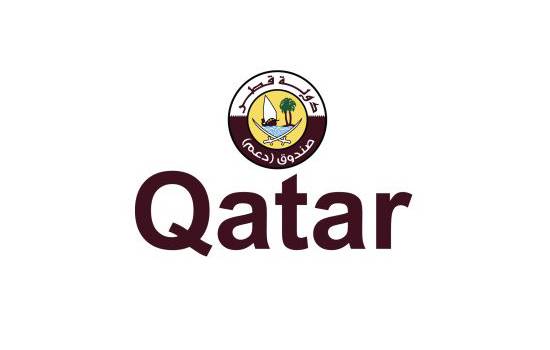 Ford’s withdrawal from the World Rally Championship was and still is a bad news in general, but it’s good to see that M-Sport is still working hard to remain very important part of the line-up for 2013.

With previously confirmed names of Mads Ostberg and Nasser Al-Attiyah we were left with two empty spots, and more than a few candidates.Evgeny Novikov and Thierry Neuville were often mentioned, and were eventually confirmed to join Ostberg and Al-Attiyah in new Qatar backed M-Sport WRC team.

Both youngsters are undoubtedly fast, and despite their young age have solid amount of experience, yet their arrival to M-Sport raised few very interesting discussions in WRC part of Twitter universe. Hotly debated issues were: is Neuville going to suffer moving from well known surroundings in Citroën to another team, and whether he is even entitled for a spot in a proper WRC team; and is Novikov more about money and sponsors than actual talent.

I believe Neuville’s move is a good one. Apparently he was offered 9 rounds in Citroën, so with M-Sport he is looking at a more elaborate programme (if what I read is correct and they get a car each). But even more important, I think it is not deterimental at all for Thierry to switch teams and join former Ford squad. If he is to become as meticulous about technical side of the sport as he is about his fashion, I think it’s beneficial for him to learn new team, new people and new car.

As for Novikov, well sure he does have some sponsors and perhaps that in a way enabled him to get that spot. But seriously, how is that so wrong? Look at Mini/BMW/Prodrive fiasco, for example. In my opinion, Malcolm Wilson did a very good job here – he got two young drivers, secured financial backing for full season and is keeping his business running and people working. And if anyone is really so keen on challenging Novikov’s or even Neuville’s driving skills, I’d just like to point out their age. You see?

M-Sport is pleased to confirm Evgeny Novikov and Thierry Neuville for the 2013 edition of the FIA World Rally Championship (WRC). Piloting the Ford Fiesta RS WRC on all 13 rounds of next season’s championship, both drivers will represent the State of Qatar alongside Nasser Al-Attiyah and Mads Østberg as the quartet look to make their mark on the world stage.

Partnered by Austrian Ilka Minor, Novikov was a strong candidate for the drive since negotiations began last month and is more than capable of performing at rallying’s highest level. With 36 WRC starts to his name, the Russian secured two podium finishes in 2012 – the first, in Portugal, making him the youngest ever driver to stand on a WRC podium at just 21 years old.

Finishing sixth overall in this year’s drivers’ championship, Novikov regularly took the fight to his more experienced rivals and rose to the challenge on a number of occasions. Competing under the M-Sport Ford team banner throughout 2012, the Muscovite’s knowledge of the Fiesta RS WRC and close relationship with the team will hold him in good stead as he looks to build on his already successful career in 2013.

Following an impressive debut season in the WRC, Neuville was another obvious choice to join M-Sport’s latest crop of young talents. Starting his career as part of the Belgian Ford Fiesta Sport Trophy series in 2008, the 24-year-old is no stranger to M-Sport’s range of Ford Fiesta rally cars. Due to make his competitive debut in the Fiesta’s WRC guise at the season opener in Monte-Carlo, the youngster will be looking to prove his versatility alongside regular co-driver, Nicolas Gilsoul.

Having contested 20 WRC events to date, Neuville has already notched up 11 stage victories in the world series and claimed a career-best result at this year’s Rallye de France-Alsace when he finished a creditable fourth. Contesting the Intercontinental Rally Challenge in 2011, the youngster is also no stranger to the taste of champagne having conquered the demanding stages of both the Tour de Corse and Rallye Sanremo where he secured his first international victories.

With the world’s brightest young talents lining up alongside Qatar and M-Sport in 2013, the stage is set for the next generation of world championship contenders. With guidance from one of motorsport’s most decorated drivers in the form of Al-Attiyah, the stars of tomorrow will benefit from the Qatari’s guidance and expertise throughout the year.

M-Sport Managing Director, Malcolm Wilson OBE, said:
“Both Evgeny [Novikov] and Thierry [Neuville] were strong candidates since negotiations began. They are young, but they have both shown some real maturity this year – combining obvious speed with a determination to finish all of the events and gain as much knowledge of the stages as possible. Both have regularly challenged the factory drivers, and their 2012 results were thoroughly deserved. I am confident that both drivers have more to prove and that we will see more impressive performances from them in 2013.

“We have a young team for next year, but this by no means detracts from their ability to produce some strong results. All of them, Mads [Østberg], Evgeny [Novikov] and Thierry [Neuville], proved their worth in 2012 and, with guidance from Nasser [Al-Attiyah], they can all be fantastic ambassadors for Qatar, M-Sport and the WRC.”

Evgeny Novikov said:
“I am very glad to be representing Qatar and M-Sport next year. I would like to express huge gratitude to all those who supported me and believed in me: my mentor Mikhail Lepekhov, Malcolm Wilson, my family and my fans.
“In 2013 we will fight at the top level and do our best to please those who have supported us all these years.”

Thierry Neuville said:
“It is a great honour for me to represent Qatar and M-Sport on all 13 rounds of next season’s championship. Thanks to a great ‘learning’ year in the WRC, I am confident that I will be able to achieve some great results alongside M-Sport and my new team mates.
“I would especially like to thank Malcolm [Wilson] for his confidence in me, and also my friend Nasser [Al-Attiyah] for his fantastic support. I am now focussed on preparing for Rally Monte-Carlo and really looking forward to the start of this new adventure.”