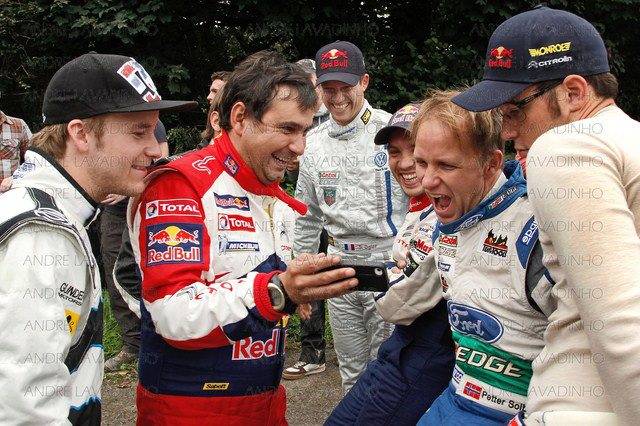 Picking one driver and/or team for upcoming year was always sort of a special ritual for me. Once upon a time we had plenty of teams and more than a few potential champions – it was fun selecting one driver and team to root for and have as favourites. Personally, I was always more of a Colin McRae and not Richard Burns kind of guy, and preferred Francois Delecour over Gilles Panizzi (to compare few driving styles and personalities), but I was also looking for underdogs, small teams, and most of all new manufacturers. When factory teams started vanishing I became even more determined to root (for what it’s worth) for the new names and teams, despite the obvious lack of pace and any real chance of winning rallies, let alone titles. As such, Škoda was closer to my heart than Hyundai, despite my number one team being Lancia (back in a day) followed by Subaru.

What is interesting about rally is you cannot simply pick one driver and team and make it your sole favourite. The very nature of the sport is such that you are rooting and cheering for all crews and teams to make it through stages – it’s rally and we are, in a way, all in this together – drivers, teams, spectators, officials and media. This essence of rallying is still not lost – battle against elements and odds, and also lending a helping hand when needed is what sets rally apart from just about every other form of motorsport (with possible exception of long distance rallies). For me at least.

As much as WRC is one big family, there are divas and primadonas and always will be – and that is fine. It’s natural to let your emotions run wild and even take over sometimes – after all, you’re a rally driver and your office travels through forests and around cliffs at 200 km/h, so let’s just say you can only maintain your pokerface for certain amount of time. It’s also not all love and butterflies in rallying, there are many things going on behind the scenes and even within teams, but it’s also quite natural – it’s a business and it involves big investments, and that usually means some things will be played out in the interests of the business and not Holy Fairplay. But even with all this, rally is still miles and miles ahead of dramas and bad blood of sports such as Formula 1. Of course, fair amount of F1 drama is just made up and then multiplied by media to keep the public interest high and TV audience glued to their screens, but in my eyes WRC is way more down to earth (no pun intended) kind of sport, despite it’s elite status.

That explains why in rallying you actually like all drivers and want them all to come through the stages, finish rallies and hopefully progress over the years. Some will, some won’t. Some are talented and some are just here to spend some sponsor’s cash, but they are all part of the big picture. So in general you don’t just pick one driver out and then hope for all others to drop out on first special stage. In rallying, you pick your favourite based on your own set of criteria, and even switch favourites between rallies… so you pick Mikko Hirvonen as a top guy in Finland just so he can put some bad luck behind, but then you switch to Sebastien Ogier for France, just so he can claim it in Sebastien Loeb’s backyard. And so on.

For me, it’s a mix of many things – I was very much hoping for good results for Mini in 2012, just to justify all the work Prodrive did in development. It was also nice to see Ogier pushing hard in an S2000 car, showing even some WRC dudes how to drive. Hopes were high for Petter Solberg as well, and equally high was the degree of me being pissed off with his and Jari-Matti Latvala’s string of errors and retirements.

In 2013 I will be rooting loud and clear for Volkswagen, just because all the work and the fact they are the kind of team WRC not only needs at the moment, but must keep for long term! Sebastien Ogier will in a way be my favourite, but at the same time Citroën simply must be top runner, for everyone’s sake. Keeping the hopes alive for possible Ford’s future return to sport is M-Sport with it’s batch of drivers… and the list just goes on. So, in the end, you end up with having everyone as your favourite driver and all teams become your top picks. But I guess, that’s just the nature of the beast we all love so dearly, isn’t it.

A different take on this subject would be to say that WRC cannot actually afford being too elitist – we need all drivers, from supernatural talents to average pilots and enthusiasts – sport needs numbers in all areas; teams, drivers, fans, spectators, sponsors, TV viewers… you name it. If Formula 1 is OK with it’s fanbase equally rooting for their favourite driver while at the same time hoping for meteor strike to hit his opponent, I’m glad we’re a tiny bit different (dare I say better) because of the way we support and follow rally. There were some incidents and there will be more in the future – from snow magically appearing in Monte Carlo stages for cars following certain other cars, to stones being thrown at cars (how’s this problem been treating you, Mexico?) or rolled onto the stages., but even if your “mortal enemy” crew slide off the road and is in need of spectators help, you’ll rush in and help them out. Because rally.

But what about the title of this post? Well, it’s based on the results of a tiny little poll I have running on this site – only 120-ish people took part, so it’s really very small, but it’s a sample nontheless. And results say that Seb Ogier will be “people’s favourite” in 2013, followed by ERC champion and WRC hopeful Juho Hanninen and young Norwegian ace Mads Ostberg. It was pretty silly of me to not have Dani Sordo in that poll, but he wasn’t confirmed as a full-time driver for 2013 when I launched that poll, so there that. I will return to Mr. Sordo in another poll, I promise.

Finally, I’d like to thank you if you made it this far – it’s fairly late and I’m still carrying some baggage from recent festivities, but hopefully there was some sense of, well, sense in the words above.