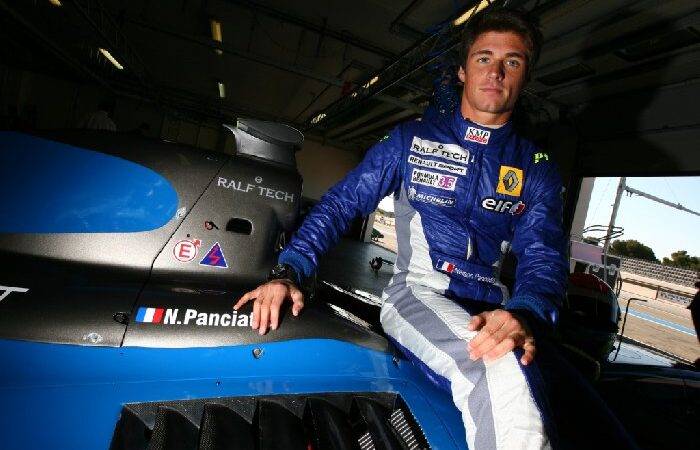 It may not sound like much – you simply replace your usual circuit racing machine for a rally car and instead of racing on closed track go out and compete in mountains and forests, but in reality this transition is absolutely huge. Usually, cars are radically different, but the main challenge is the track itself – you simply cannot compare rally to circuit racing – there is no mud, no rocks and boulders, no gravel and potholes on tracks. Hell, whenever circuit guys see a puddle, they cry for mercy and beg for race to be stopped. Jokes aside, two disciplines are very different – and one of the main differences is the constant variation of road conditions. And also, let’s not forget the constant barrage of pacenotes. For experienced rally drivers, pacenotes are key to success, but for track guys they can sometimes be distracing – when on circuit, they drive using their instincts, and in the heat of the battle they might rely on those too much when on rally stages. Instead of listening to co-driver, they listen to their inner navigator. However, to be fast on rally stages, you cannot just push in fast corners, but also in blind ones, and for that you need to listen to the guy sitting next to you.

Probably best example of these challenges is Kimi Raikkonen. Only the really silly people will say Kimi is not talented and very fast driver with plenty of skills on board. But all of this is next to useless if you cannot adjust not only to the visible changes in the road surface and conditions but also to the invisible corners, called out by your co-driver. We don’t know if Kimi had any of his “Leave me alone, I know what I’m doing” moments during his WRC career, but he admitted on many occassions that pacenotes are his biggest problem – they need to be spot on and you need to utilize them in competition.

81st edition of Rallye Monte Carlo is a challenge like no other. Twisty and narrow tarmac roads are home to numerous traps – from black ice to snow, from dry tarmac to moist or wet surface, and sometimes all of that in a single stage. One track guy is getting ready to accept the challenge for the second time. In his return to Monte stages, French GP2 and Endurance driver Nelson Panciatici understands the need to gradually build up speed. Together with co-driver Rene Padovani, Nelson will compete in Renault Twingo RS R2 Evo, prepared by Gliese Engineering Motorsport.

“I discovered the magic of the Monte Carlo last year and the moment I finished I wanted to do it again! I know it won’t be easy and I rely a lot on my co-driver Rene Padovani. The main difficulty for a track guy on a Monte Carlo is how to “read” the road with its changing traction! Last year, he helped me a lot and I improved throughout the rally. I’ll be there primarily for pleasure but that doesn’t mean I haven’t prepared for it, I’ve carefully watched many videos from on-board cameras in the mythical specials such as the MOULINON, the BURZET, SAINT JEAN EN ROYANS or the TURINI. It was a refresher to some degree, and at the very least I can picture their profile! I’m going to stick to the same method as last year, which is to go up in strength as the specials roll out and stay alert to the many traps! I know for sure that the rally taught me positive things for circuit racing, especially in difficult conditions, and I have fun while improving! I want to thank all my partners and I will do my utmost to get the best result possible as well as have a great race!”