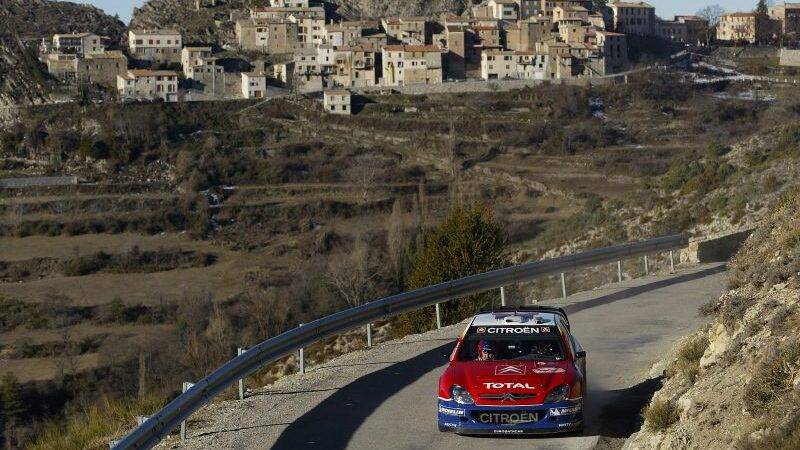 It was the year 2003 and it was my first, and so far only, WRC event. The trip to Monaco was interesting enough, and the return even more so (speeding fine for the driver when we started the journey to Monte, and a crash as we were on our way back), but it all fades away when compared to Monte Carlo, right? Oh, the glamour of cold, tasteless yet superexpensive pizza at some obscure little joint down at the harbour, or the funny little hotel with receptionist playing a computer game all night. I fully understand, appreciate and overwhelmingly feel the omnipresent aura that resides in Monte Carlo. It is another world, it is a special place and as such is just the perfect setting for the first rally of the season. When you’re there, even as a rally fan, you somehow feel connected to the place, for a day at least. But even that aura od wealth and power fades away when compared to the silent beauty of the Alpine roads, secluded little villages and mysterious mountains. That was the true “other world” and that was where the magic of Rallye Monte Carlo was the strongest for me.

I didn’t really feel the urge to become a tourist and scout every inch of Monte Carlo, but I caught myself wishing for more time to stop and admire the scenery and even more to explore the tiny little communities, as we were making our way from Monaco to Gap, or to Col de Turini the next day. Yet, there was just not enough time. Little rivers, stone bridges, small towns that looked like fortifications raced by my window, but there was not enough time. Will I remember the names of those places, I wondered. Barcillo… no, Barcello… ah, screw it! And what was that other name, La Bollene? It was just too much, too fast, and followed by special stages, so I just did not pay immediate attention to the impressions I felt. The combination and collision between the sophisticated world of WRC and the timeless slow-paced life of the locals is really hard for me to describe, yet it works so beautifully.

It all came back later, and is coming back every single year as the Rally Monte Carlo is getting closer. The memories of those remote places, climb to Turini, large groups of people walking through villages that normally probably see total of 5 outsiders per year and have a population of 20 or so people. Yet, for few days every year these villages became the center of the rally world. It was just amazing, it was breathtaking and it was million times more impressive than anything Monte Carlo had to offer to normal people, i.e. mortals sentenced to admire the “big things” from a safe distance.

I am sure each and every WRC round has a special, hidden tone to it, but I cannot be sure. As for Monte Carlo, I am going to visit those places again, some day and somehow, but I will. Among many WRC events I’d like to witness first hand, Monte Carlo still claims one of the spots on the podium.