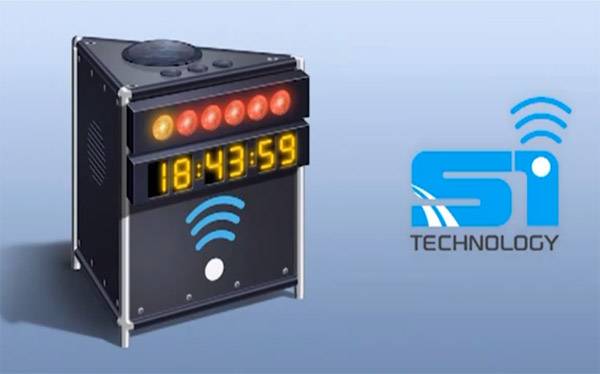 Have you ever considered a sound of high revving WRC machine to be just the perfect wake up alarm? I did, although not necessarily in the shape of a real alarm clock. Instead, my secret wish is to get the loudest rally car in the recorded history to the square in my quiet little town, and then start revving it at 3 or 4 AM, pops and bangs included, with turbo chatter on top. After that, I would take part in spontaneous lynching ceremony, organized by rudely awaken townsfolk.

Until that happens, I am very happy to report that former (and sorely missed) WRC timing service provider, Stage One Technology is working on a very cool product – a must have for every WRC fan.

It’s an alarm clock with all the bells and whistles of the official WRC timekeeping device, and to round it up, there is a sound of WRC car preparing for lift off. Perfect!

Check out the video and few words from the S1T guys. When this thing grows up to become real product – I want one.

Don’t worry it won’t look like this! :) See the end of the video.

We decided to build this Rally Alarm Clock (With Rally Start Line Sounds) for a laugh, and to celebrate our ten years timing the World Rally Championship… But now we all just want one!! :)

Providers of the timing and safety tracking to the FIA World Rally Championship (WRC).