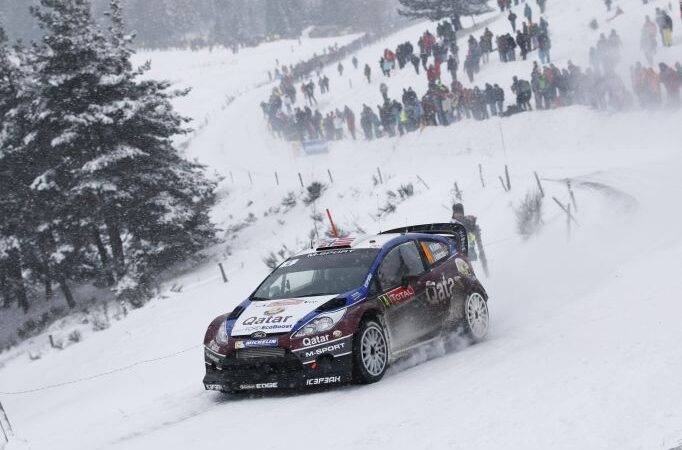 We all know Prodrive suffered greatly last year, and their troubles were very well documented. It all started when BMW realized this WRC business can get expensive if you don’t have few backers and sponsors to share the load. World Rally Championship was in crisis as well, promoter ended up behind bars and TV deals collapsed. So BMW bailed out, leaving Prodrive out in the cold, with no sponsors and no factory backing. Yet, somehow Prodrive managed to endure, they had some solid results with Dani Sordo, had some bright moments but they also skipped couple of rallies. Prodrive was more involved with the development of the car and working on customer variants.

One interesting moment happened when team boss David Richards complained about the situation in WRC. During one interview, Richards said it is close to impossible to negotiate potential sponsorship deals with no solid guarantees about the television broadcast and global promotion for 2013 and beyond. And he was right, 2012 was just bad year for WRC, but somehow everyone involved managed to survive it. Oh well, Ford ran away, but the team more or less remained, and they are quite strong this year.

In the meantime, FIA managed to bring new global promoter on board, and in turn, new promoter hired broadcasting companies, so at some point we should be able to enjoy much more WRC on TV. Hyundai also confirmed their intentions to join WRC in very near future. Finally, things are surely looking better even for Prodrive, and Ford’s former team? Well, apparently, they don’t really care that much!

The very company that complained on how hard it is to negotiate with sponsors and investors last year, is now taking part in Rally Sweden, with Jarkko Nikara. Great stuff, no doubt. But behold, there is not a single photo to be found on company’s official website! No photos in Media section either. Facebook page, same thing, no photos, unless you came looking for Aston Martin pictures. What’s up Prodrive? Am I not looking at right places? Perhaps, but I was expecting to see a link to some other dedicated website in team’s day 1 review. Again, no go.

At the same time, Qatar M-Sport World Rally Team is also slacking – latest news release was published sometime around or after lunch break yesterday, and it covered morning loop of stages (situation at the time of writing this, which is half past 4 AM!). Larger resolution images? Well, no. News articles have small thumbnail images, and under Gallery portion of team’s website there is only Rallye Monte Carlo!

Seriously, hey. I know services by professional photo teams and agencies are very expensive. But damn, smartphones are able to capture images good enough for most media needs! Come on! There simply is no excuse. Teams are obviously not bothered enough to ask more questions about TV, or lack of it in some major markets, but to have no images at all! It’s easy to see why Prodrive is not able to catch a sponsor, while Qatar MWRT looks like they could not care less about media presence – sponsor is here, after all.

You see, some of us will find the solution to this problem, just like we find solutions when it comes to “hacking” our way to WRC live TV. For images, we will use Youtube videos and capture screenshots (if there are no other sources to get images from), crop them out and use as images to go with articles and posts. But some mainstream journo, who may not have access to Getty/Reuters/AP/Whatever, will just say, screw you, and do football or snooker instead.

Just one photo in high resolution, that’s all. One per day.

Disclaimer: as always, I sincerely apologize if I looked in wrong places and followed wrong links. But I doubt I did.