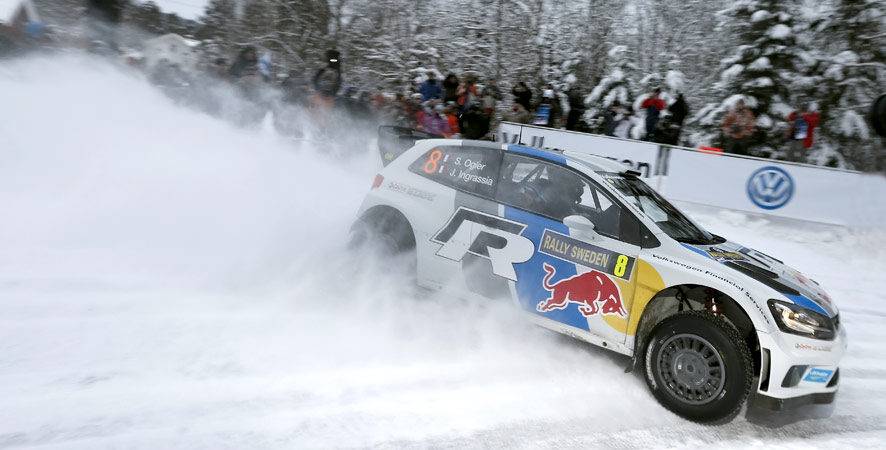 Sebastien Ogier and Julien Ingrassia are not new Sebastien Loeb and Daniel Elena! They are the brand new force of rallying, new generation of ultimate driver/co-driver/car combination that brought nine titles to Seb Loeb and Citroën. Victory in Sweden was not awarded to Ogier, it was not given to him – he just pulled all his knowledge and immense talent and turned it into brilliant triumph, collecting extra three points on the power stage as well. At the moment, only Loeb is able to challenge Ogier, and vice versa. Or at least this is what the situation looks like after two rallies this year. Sadly, tragically, Sebastien Loeb will now take a lengthy break from WRC, but dare we say, his spirit, legacy and grandeur will live on even on rallies he decides to skip.

Speaking of Loeb’s legacy, is it odd to feel like some of his charisma will remain in WRC, and thanks to none other than Seb Ogier! The successor and the winner, Ogier will, no doubt, display same amount of skill on stages – he could easily become another benchmark and point of reference. And rest of the field will again have a Sebastien to beat. For the sake of the sport, I hope Ogier will not be as dominant as Loeb was, not because he will lack the skill, but because there will be another driver, or several, who will be able to challenge him.

Volkswagen. Oh, the shouts of surprise and shock even. As if we are dealing with some small unknown company, who decided to join WRC for some kicks and giggles. It’s the fucking Volkswagen! What did you expect? Broken cars and no results? Not with such a budget, knowledge, skill and determination. There is no need to make their success into something that it isn’t – it’s far from sensation, and it didn’t happen out of nothing. This is how you fucking win stuff – you work your ass off over the course of entire season, you test, develop, and then test some more, and you invest, and work, work and work. This is the result of that work. It’s not a sensation – it’s just work paying off.

Third place in Sweden went to Mads Ostberg, another leader of the new generation. Motivated, inspired and very capable of big things behind the wheel of a rally car, Ostberg made his mark in Sweden. My favourite part was when he refused to take any prisoners. He totally obliterated his team mates in Qatar M-Sport WRT, beat Jari-Matti Latvala in Volkswagen and then set his aim on Sebastien Loeb. Bold, fast and cheeky, what’s not to like about Mads.

Jari-Matti Latvala did something pretty unusual today, when he complained about not knowing why his pace was nowhere near to that of Ogier. He literally said he does not know why Ogier is so much faster. Such an unusual thing to hear from a rally driver – we know they often resort to blaming tires, setups, weather, spectators, constellations and even co-drivers, but not often do you hear driver actually blaming himself. I hope JML was not actually blaming himself, but was rather using odd words in an attempt to motivate himself and gain some confidence. This year started rough for Jari-Matti, and it will only get rougher as Ogier starts building his already massive confidence further. Not to mention Andreas Mikkelsen, who is eagerly awaiting his first outing in a Polo R WRC.

In the end, it is a bit of a shame that Loeb had that issue on qualifying stage, which then set him on the wrong foot for the first day of the rally. With less of a time deficit, the outcome of this rally could have been different, but I doubt there would be anyone but Sebastien on two top steps of the podium either way.

This is but a brief look back at how the Rally Sweden unfolded, there will be more to say and write soon!