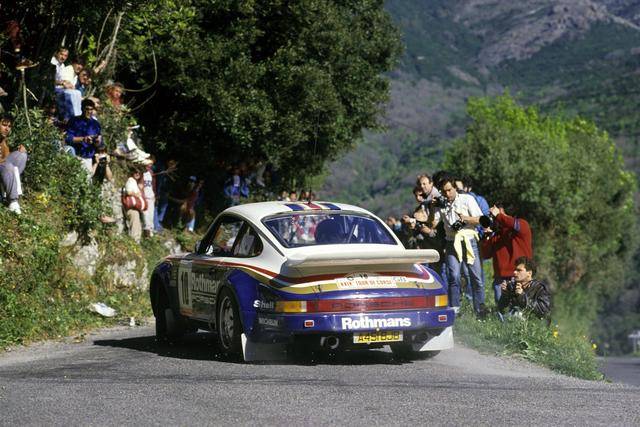 The magic of these two letters – GT. It’s not the whining S1600 or S2000 cars, nor the popping WRCs, it’s the roaring, screaming, tarmac devouring beasts that, at first, look like the worst possible idea for a rally car. That is until you actually see and hear them live, and then pay attention to the fans and spectators as they are hit by the sound wave and the sense of immense power these machines develop. It takes special set of cojones to drive these things at competitive speed, and when they are driven like that, they can easily steal the show in good hands.

Over the last year or two there’s been constant talk about whether GTs should be allowed on rally stages, or even encouraged to join the World Rally Championship. Lotus had their little project with Exige GT, not sure what happened to that thing, but now FIA stepped up the initiative to give GTs more breathing space in rally series.

“The WMSC has mandated relevant FIA commissions for concrete proposals to empower the presence of GT cars in rallies as soon as possible”, said FIA’s official release of the conclusions made by World Motor Sport Council.

By empowering their presence I believe FIA means to shape up special set of rules just for GTs, and also give them more space and competitive purpose withing the existing rules and regulations. To begin with, this to me looks like the first steps toward more elaborate plan for GT cars – for now FIA wants to signal to the manufacturers as well as private teams there will be more room for GT class cars in the future. Maybe at first there will be no manufacturers involved, but semi-private teams sound possible at some level. But most of all, I am glad FIA is moving in the direction of bringing more diversity into sport, which means more cars, classes, private teams. Sure enough, too many classes could be confusing, but there needs to be room for lower classes, GT cars, RWD cars, not only your usual set of WRC and Rx cars, with usual suspects behind the wheel.

Best of all, FIA is not only moving to make room for GT cars in WRC, but in rally in general. Somehow I think we could see European Rally Championship being the first to draw GT entires and adopt new initiative, but let’s see. Fact is, GT cars are as far as it gets from FIA’s own plans to cut costs of rallying and promote more sustainable series, but on the other hand, more and more GT manufacturers are moving in the direction of bringing latest “green” technologies into production, and despite the so-called recession and global crisis, Porsche & Co. are enjoying quite solid sales results, while at the same time churning out bucketload of new models on regular basis.

In case you need reminding what GT cars do to people professionally exposed to all sorts of top machinery, check out the video below. It never gets old, same as that wild boy behind the wheel, switching from the smiling kid to killer on the mission in a split second. Brilliant!