Group B cars are still quite popular subject, even though their roar is missing from the stages of the World Rally Championship for nearly three decades. They were unique, outrageous, in your face and had little to do with common sense – in essence, they were the perfect rally cars, made to be driven by only the skillest of drivers. In pursuit of pure performance, these cars disregarded, well, just about everything. Fatal mistake was the lack of safety, and we all know how and why group B ended it’s brief but thunderous stint on WRC battlefield.

Today, group B cars are as exciting as ever. In old videos and photos, or on stages of some specialized rally event – they’re still breathtakingly fast, noisy and wild.

But, group B was then, and WRC is now. Even though current WRC class cars are not equipped with 400 BHP engines and are not as noisy and elaborate as their group B predecessors, they are by no means boring! They are fast, produce solid amount of noise and turbo chords, but they are also exciting to watch, whether as a stationary tribute to engineering or racing tribute to driving skills.

Currently, four different makes run their cars in World Rally Championship. Some of them are here to defend their corporate image, others are hiding behind privateer or semi-privateer teams. Citroën and Volkswagen are battling it out as two only manufacturer teams, and their representatives are DS3 WRC for French squad and Polo R WRC for German team. Qatar M-Sport WRT uses Ford Fiesta RS WRC and Motorsport Italia sports Mini Countryman JCW WRC. These four makes are set to be joined by Hyundai and their i20 WRC next year.

As we established by now, current crop of WRC cars are not as out-of-this-world as group B cars were, but they are exciting and all in all awesome. Who wouldn’t want one!?

Care to join me on a little tour around the WRC machines, I’d like to present some of my thoughts about the design ideas and details I find most striking and visually effective on WRC cars of our time. 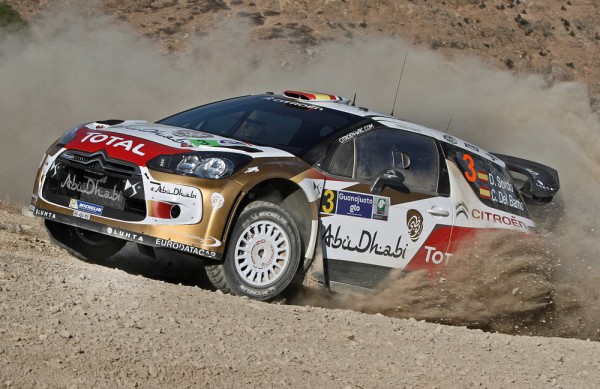 Let’s begin with Citroën and their DS3 WRC.

She’s a winner, baby! Her ancestors were conquerors and she is as stylish as she is merciless when driven by skilled set of hands, feet and heart. Her philosophy is that of fluid lines and liquid design, yet she is elaborate and agressive. This one will seduce you, and then knock you down, all while still being amazingly elegant. My favourite detail on DS3 WRC are hidden A and C pillars (that’s the thing that holds the roof of the car on front and rear corners) – together with white B pillars, which don’t seem to be reaching all the way to the roof, these details make DS3 WRC look like a dream toy car or a futuristic car show concept. But it’s not, it’s a WRC specced road car! I really like entire Citroën DS line, from the very name down to every single model – it’s great tribute to tradition of design and style, and a great combination of current and future. In WRC guise it’s just about perfect. 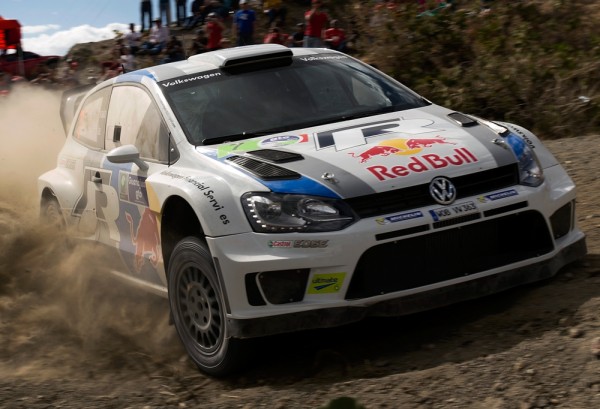 Next up, Volkswagen Polo R WRC.

This thing means business. She’s a fighter, not a charmer. If you are looking for a softie, look elsewhere, this car is all clad in sharp edges and elaborate armour. It looks as wide as a DTM car, and it actually had me go and check official technical specs to see if my eyes are deceiving me. Her LED day lights are gaze of a predator, and wide angular arches are muscles ready to hit. There is nothing cute or sweet about this car, except perhaps the ride behind it’s wheel. Yet, it’s so fecking gorgeous in it’s 80s Sci-Fi angular uniform. Normally, I do not consider Volkswagen road cars very impressive in terms of design, but that all changed when current generation of Polo arrived. This car is, in my opinion, one of the best designed Volkswagens ever. One of the best things about Polo – it’s totally different in everything compared to DS3 WRC. Which puts both cars on my “To-buy” list! Favourite detail – wide wheel arches with their deliberate cut-outs.

In next article I’ll give Ford Fiesta, Mini Countryman and Hyundai i20 a go, stay tuned!