Beautiful scenery, tens of thousands of enthusiastic fans and best rally crews in the world – all ingredients were there for best sports photographers to take some stunning pictures. And they did. Media archives of all teams are filled with great imagery, capturing both cars and crews, as well as the surroundings.

Even though there is no shortage of “wow” images, I picked these thee in particular, from Qatar M-Sport World Rally Team, Citroën Racing and Volkswagen Motorsport media archives. Let me elaborate a bit on each pick.

Classic angle, classic elements, great execution. Dust hangs in the air, after Evgeny powered through the corner, his car sporting a proper working attire of mud and dirt. We cannot see the driver, which sometimes works great! Fans are lining the hills and the side of the road in great numbers, almost too many of them on that small space, and they’re as colorful and engaged as ever. If only car was a bit more sideways, with at least a hint of an opposite lock, but no matter, this photo just works! Final detail are the two media guys, set on that “island” on the inside of the corner, almost too exposed for their own good, but doing what needs to be done to get pictures and words out to the world. 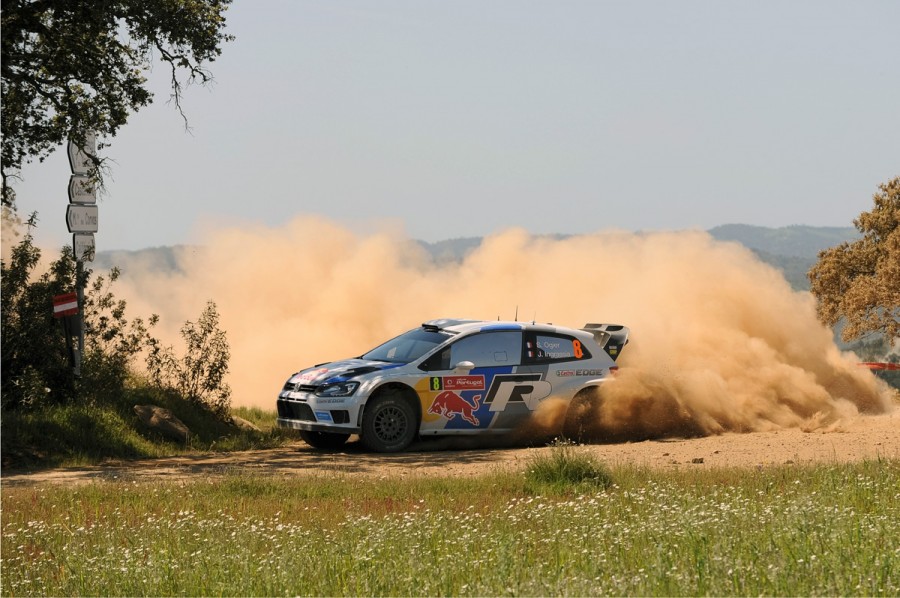 What worked in Qatar M-sport’s photo because it was there, works in this one by being absent. No fans, no media, not even the safety plastic “tapes” lining the sides of the road. It’s almost like this Polo R WRC went out on her own, tempted and lured by the beautiful spring day and the glorious, dusty roads. I like how the colors are working together nicely in this photo, and how they line the frame in almost perfect horizontal thirds. For me, this photo works in two ways – I can imagine it being silent, showing a lonely car and it’s crew having tons of fun, or it can be loud and deliberate, displaying power and determination. Another great feature is the creative use of shadow – if you can imagine car being fully lit by the sunshine, it just would not be as effective. For me, shadow adds depth here. The best thing about it, it’s natural, believeable, there is nothing artificial about this photo – there is plenty of contrast, and I can only applaud it’s author for not succumbing to that AWFUL trend of washing out any trace of depth and contrast from the images these days. I hate HDR and all it’s horrible uses with the passion of the thousand suns.

Speaking of Volkswagen Motorsport images, I must say, as a big fan of creative use of backlight, that there are some fascinating images that use this very technique in VW’s media archive. Great! Another one of my favourite topics in motor sports photography are close ups. As minimalistic as these images sometimes get, they just work in relating the story and the emotion, but also the sensation of power and control. These are the textures and details that make WRC so popular and so addictive, so this image was a nice display of how to use close ups and fill the frame with isolated details, almost like using only few words to tell a very long story.