SATA Rallye Açores began with Robert Kubica showing huge potential and outright skill early on, proving he should rightfully be considered a favourite on any surface this year. His instinct and raw speed are usually enough to compensate for the lack of proper rally experience, but when conditions deteriorated yesterday, and when fog became too thick, he wasn’t able to compete with the more experienced drivers. In such circumstances, it’s all about trusting your pace notes, and using all your experience to “see through” the fog. Kubica decided to play it safe on Special stage 8 yesterday, but later on made a small, but again costly mistake, rolling the car and losing lots of time. Bitter disappointment, no doubt, but again, he should really be happy about the pace and ability to control it, for the most part of the rally. It was a great comeback after tough Rally de Portugal, and Kubica really should receive another round of applause.

In the end, it were the experienced guys to take the laurels in the Azores. Jan Kopecky knows his Škoda Fabia S2000 by heart, and he knows the event. Even though in the end his advantage over Craig Breen wasn’t THAT big (32 seconds equal to lucky puncture near the end of the stage, so it really is not that much), there is no doubt Kopecky was well in control of his pace ahead of the true hero of SATA Rallye Açores, Craig Breen. Irishman was very quick and drove maturely, braving the horrific conditions. Whether Kopecky had everything under control or not is up for debate, but I am fairly certain Czech driver was keeping a close eye on what Breen was doing. For me, Breen’s performance in this even was simply brilliant. Fast and under control, he kept the pressure on Kopecky, and at the same time managed to avoid all mistakes and errors, to keep the second spot ahead of the very fast local warriors, led by Ricardo Moura. 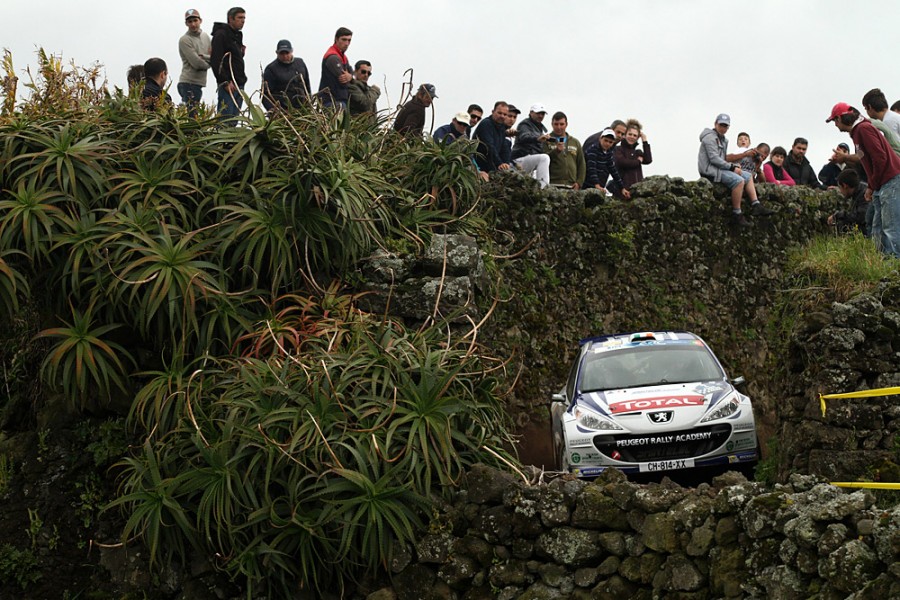 SATA Rallye Açores pushed the drivers and their teams to the limit – it really was a rally in it’s purest, or shall we say, dirtiest form. Foggy, muddy, slippery, and the lineup was fantastic – there was no room for errors in the battle for the lead. Thanks to Eurosport Events we were able to see things in live broadcast – I must say, watching Special stage 8 live really was something else. It was tense, exciting, nail biting, fantastic show. With radio coverage, live TV & Internet broadcast, very detailed timing & comments system, European Rally Championship is STILL leading the WRC in some aspects.

Next ERC station is legendary Tour de Corse, on May 16th – it will be a very short wait!