A day to remember for Robert Kubica 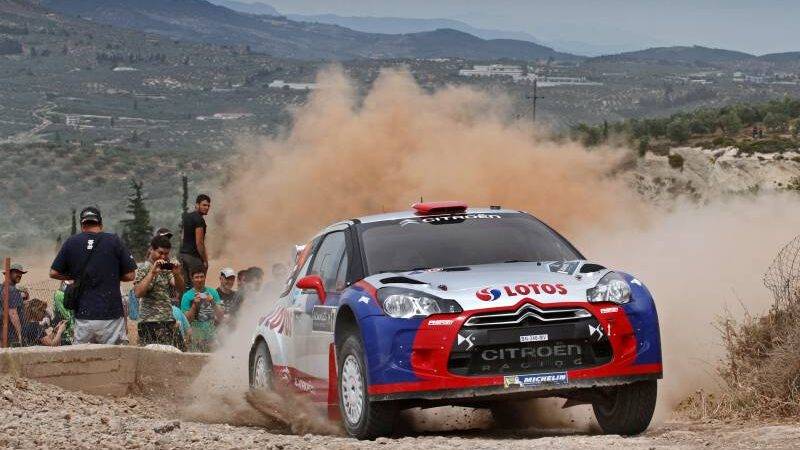 In only his second proper gravel WRC event, Robert Kubica was once again able to display immense level of talent and maturity. Acropolis Rally was demanding and tough this year, and fresh memories from disappointing retirements earlier this year probably forced Kubica into different stance. Nobody doubted his speed anymore, and the ability to keep the pace up for most part of the event, now it was time to prove that he also has the control over that speed.

And that, in the end, is exactly what Kubica did in Greece. Stayed out of trouble, kept the car on the road, gained huge amount of valuable experience (remember folks, only second time on gravel on WRC level, unlike many other drivers, who were born and raised on the loose stuff) and was pretty damn fast on top of that, claiming the dominant victory in WRC 2 category.

At the finish, he was satisfied, but again, you could hear he wasn’t going to let this win take anything away from the final goal. Of course, Formula 1 is still his ultimate goal, but in the meantime, he wants to do as best as he possibly can in rally. Which means, WRC 2 is only a stepping stone for him – there is no doubt he wants to take the fight to the big boys.

Robert Kubica and Maciek Baran produced a faultless performance at their second World Championship rally. Having taken the lead of the WRC2 category after the first stage of the Acropolis Rally, the Poles went on to build up a healthy lead that they were able to defend comfortably on the final day. Obtained in particularly testing conditions, this result is also the first win for the Citroën DS3 RRC at an international event.

After Portugal, the Acropolis Rally was the second round in Robert Kubica’s programme in WRC2. The rally got off to the perfect start for the Pole on Friday, who grabbed the category lead after winning the first two stages. He entered parc fermé having already established a lead of close to 40s: “It’s a good start, although we lost a bit of time in the dust behind a driver who had a puncture. We also had a small spin on SS2, but it was nothing serious.”

Kubica confirmed his control of the race on Saturday morning. Putting together a series of four fastest times in as many stages, the Citroën DS3 RRC driver extended his lead by a further minute! “This leg shows just how difficult this event is”, he analysed during the midday service. “When the roads are wide, it’s very nice to drive. But I didn’t enjoy the tricky places so much. But you just have to be patient and go through them. When you are competing here for the first time, there are many things you have to take into account, but it’s going well so far!”

With three further stage wins in the course of the afternoon, the Pole ended day two with a 2:20 lead over Yurii Protasov. He could therefore control his pace on the final day, made up of four reasonably smooth stages. Despite losing a bit of time, Robert Kubica went on to claim the category win!

“Yes, it’s a great day for me”, he admitted. “For sure, it has been a very, very difficult weekend. I think Acropolis is an extremely tough rally, especially for someone like me who has twenty years’ experience of racing on a circuit! It’s the total opposite of what I have been used to. There are many things for me to learn still, but it has been a great learning experience and a very productive weekend. Even when driving slowly today, it is still easy to make a mistake when you’re tackling stages for the first time, especially in tough conditions like those here. I’m now looking forward to Rally Sardegna, where I can put what I have learned this weekend to good use.”

“Robert had already shown, on gravel and on tarmac, that he has genuine pace, but he still needed to learn about discipline”, reiterated Yves Matton, Citroën Racing Team Principal. “He had a great race here, including the final leg when he managed his lead. I have the feeling that this may something of a turning point for him. It certainly augurs well in terms of our shared objective, which is to win the WRC2 title.”